SXSW tote bags aren’t your regular convention giveaways. They are a valued collectors’ item, a badge of honor showing how much of a veteran you are. That makes being selected as a bag designer kind of a big deal. This year, that honor for the interactive festival goes to New York-based graphic designer and comic artist Molly Crabapple. 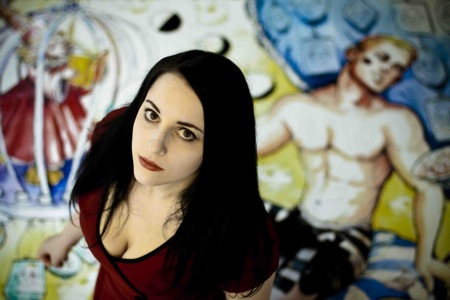 Now several thousand tech mavens are carrying her image of a top-hatted octopus working a steam-powered computer. She said, “I thought it would be a fun play on this super-techy convention to see this Luddite, low-tech version of the computer.”

Crabapple’s style has been dubbed Rococo burlesque, filled with bawdy humor, bohemian elegance, and creatures like the reverse mermaid, which she described as “fish head, woman's body. It's the more functional but less pretty sister of the mermaid.” Her latest project is Puppet Makers, a historical drama set in a clockwork robo-Versailles that is published electronically via DC Comics’ digital division. Like many artists, Crabapple has a complicated relationship with technology. “I feel like content has become this colorless slop,” she said. “It could be Shakespeare, it could the New York Post, it could be cat videos, but all of a sudden it becomes like gruel that we’re feeding through our Kindles and iPads and computers.” That’s partly why her next project, Straw House, will be published on paper through McMillans’ First Second imprint in 2013. “I want something I can hold on to,” she said. 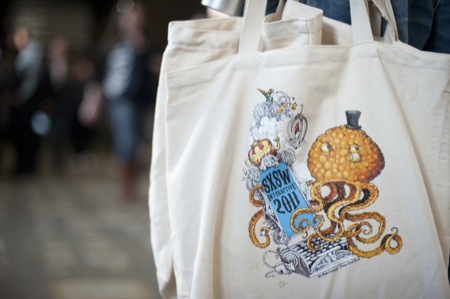 Technology has not just changed the tools available to artists: It has also changed their relationship with their audience. Crabapple has been known to tweet to her friends and fans that she will be holding an impromptu webcast via Ustream. She said, “Sometimes I'll be doing comics and I'll just be suffering so much because I'll have awful tendonitis from drawing too much, and I'll think, 'What can distract me? I know, the evil Internet masses,' and then I turn on the webcam.”

After SXSW Interactive, she heads home to New York, where she will be creating a large art installation for the Seventh Annual PEN World Voices Festival of International Literature, chaired by Salman Rushdie. "I feel all classy," she said.

With the glamour of high culture calling, what brings her back to SXSW? “You get to see all your really sharp, dorky friends from all over the country, and you get to hang out with them in this atmosphere of barbecue and free liquor,” she said.

That may be why she is cramming as much as possible into her long weekend in Austin, including a panel on social media in science fiction, and hosting one of her salon-meets-speakeasy Dr. Sketchy’s Anti-Art School live drawing classes. She cited the wisdom of abajillionhits.biz author Alex Blagg about the SXSW experience: “If you weren't a screaming, shaking reverting-to-infant state wreck by the end of it, then you're not winning.”