Love in Second Life and then just plain “real” life 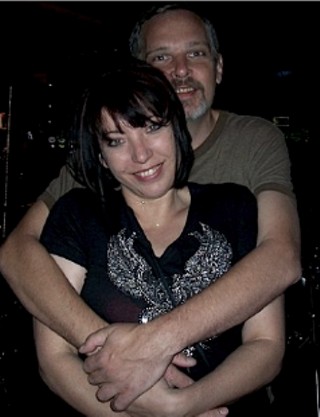 It's an avatar love story that started in Second Life and made the move over to just plain “real” life.

“Neither of us joined Second Life looking to find love,” says Elle Waters from the home she shares with her husband Charles Callistro in Louisville, Kentucky. “Besides exploring a new virtual space, it was more about, as it is for a lot of people, seeking a connection with people you can have intelligent discourse with.”

And none of those people she connected with, during those first months in Linden Lab’s virtual world, was Charles Callistro.

“I was part of the Digital Cultures discussion group in SL,” says Waters. “We’d have these very philosophical conversations, about the impact of the Internet, about the communities that develop online and how they translate to real life.” This was a professional area of interest for the woman who works as Web accessibility coordinator for Humana, exploring issues of better online access for people with disabilities.

“We knew some of the same people in SL,” says Callistro, IT operations manager for a small California company. “We hung out in a couple of crowds that sometimes overlapped, so maybe we said hi to each other at a party or event, but we never really got together.”

“There was a Second Life meet-up in San Francisco, where Linden Lab is based,” says Callistro.

“I was involved in running that, and flew out for the weekend, and Charles and I got to know each other there,” says Waters. “And then, back in SL, there was his radio station.”

“I was running Phreak Radio,” says Callistro. “The station was broadcast through SL and the Net in general. And Nether [Nethermind Bliss: Waters’ avatar name] had been DJing for a while, doing private parties, so we brought her on board.”

“We had this ongoing joke of how Phreak Radio was a charmed environment,” says Waters, “with 12 of the 14 DJs eventually becoming couples with each other.”

“And then Elle came back to San Francisco,” says Callistro.

“I was invited by Linden Lab,” says Waters, “as an Influential SL Resident, to take part in discussions about how to improve the in-world experience. So they flew me out to San Francisco. And that was how Charles and I had our first actual date.”

“But I couldn’t attend the discussions – or the party afterward,” says Callistro.

“He was persona non grata at Linden Lab at the time,” explains Waters. “Taco the troublemaker!”

After that, the two went into World of Warcraft, they and some other SL friends, levelling up characters and going on raids and generally socializing in that MMORPG as Second Life devolved into more of a kludgy, virtual shopping mall. And Waters and Callistro dated elsewhere online, hanging out on Skype for hours, watching shows together on Hulu as they chatted. And every three or four months they’d get together offline, sometimes in San Francisco, sometimes in Louisville, sometimes at a halfway point. And – eventually –

“We decided to take the plunge,” says Waters. She couldn’t leave Louisville, having shared custody of a daughter with her ex-husband; so Callistro would be the one to budge; and he turned in his resignation at his job, but the company countered with a telecommuting offer, allowing the IT manager to work from Louisville. FTW, as they say online.

“We got an apartment for Charles a few blocks away, so we weren’t just throwing ourselves together,” says Waters. “I think it’s important to have a transitional period for this sort of thing, especially if there’s a child involved, for people to get used to each other, to the constancy of being in the same space and sharing the everyday life.”

“And that worked great,” says Callistro,

“So a year later, we found a house to move into together,” says Waters, “and five months after that, we got married.”

And their time online now?

“Well, except for our jobs, not so much anymore,” says Waters. “I go into SL maybe once every couple of months, to attend a friend’s event or whatever, but that’s about it.

“We keep in touch with old friends via Skype,” says Callistro, “and various online forums.”

“We play so many games together as a family – video games, board games – and we have so many other things going on IRL,” says Waters. “My entertainment these days is our daughter, my husband, and our 80-pound puppy. We’re never lacking for amusement, or for intelligent discourse on any number of subjects.” She pauses, and her smile is almost audible over the phone lines. “That’s what happens when you marry your best friend.” 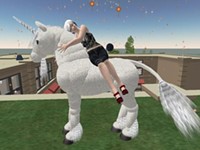 L Upon L on SL
Austin Second Lifer Memory Harker checks in on the L-Word village. 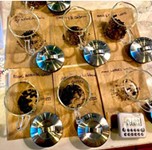 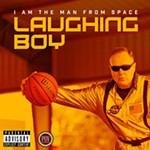