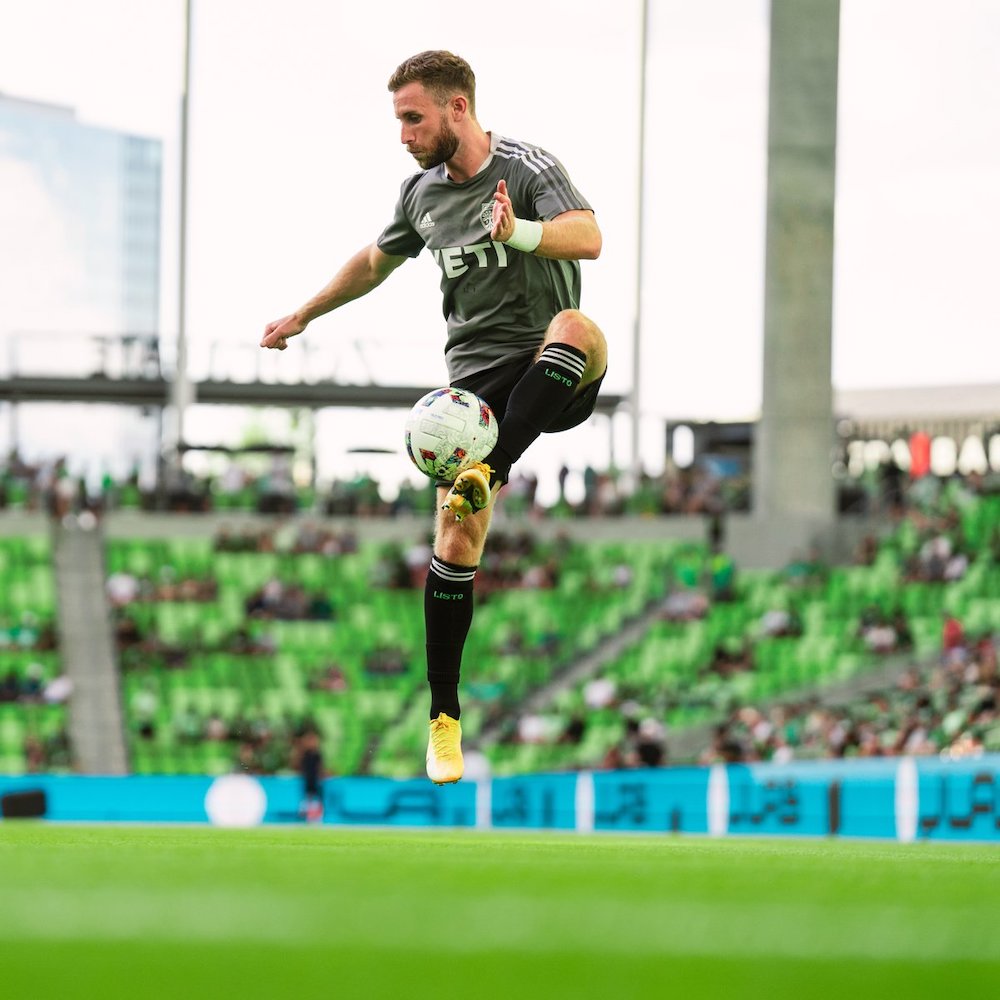 The mercury touched triple digits as the Verde and Black kicked off against an Eastern Conference foe for the eighth time in 2022, having gone undefeated in the previous seven. But the Red Bulls aren’t like other Eastern Conference (or MLS) opponents. Their work rate and commitment to the high press stands alone year after year in MLS, to be expected of any team named after an energy drink. The Red Bulls are also notorious for their youth; the average age of NY’s starting XI at kickoff was just over 22. Josh Wolff and company knew what they were getting themselves into.

But for the opening half-hour of the match, El Tree looked caught completely off guard. The Red Bulls’ constant pressure and compact defensive shape gave the ATX attack fits and forced a constant stream of turnovers. Two early ones nearly resulted in New York goals, but the offsides flag went up on both occasions to bail out the Verde and Black. The hosts wouldn’t be as lucky in the 14th minute, though, as 17-year-old Serge Ngoma’s shot from long range went straight through the hands of Austin FC backup goalkeeper Andrew Tarbell for the opening tally. Tarbell started in place of usual ATX net-minder Brad Stuver, who tweeted out before the match that he had tested positive for COVID-19 and was experiencing minor symptoms.

Ten minutes later, another Austin FC turnover was punished by the Red Bulls, this time by Dru Yearwood at the top of the 18-yard box to double the lead. The Oaks looked sluggish and unprepared for the task at hand. Josh Wolff wasn’t shocked. “[It was a] poor week of training … We just weren’t sharp enough throughout the week,” the ATX head coach said. “We clearly could have gotten some things better and prepared these guys, and that’s on me as a coach.”

But Wolff’s group was thrown a lifeline just before halftime thanks to the brilliance of midfielder Sebastián Driussi, who struck a sensational volley off a corner kick through traffic and into the bottom corner of the Red Bull net to halve the deficit.

As for Driussi’s teammates, they started the second half as poorly as they started the first. Another turnover, this time unforced by midfielder Alex Ring, created a mess that center back Ruben Gabrielsen could not clean up as Red Bulls substitute Cameron Harper scored to make it 3-1 to the visitors. Fellow sub Tom Barlow then tacked a fourth goal onto the New York tally in the 65th minute.

But once again, a dose of Driussi magic kept the Verde and Black alive. The Argentine collected the ball 50 yards from goal, danced through a quartet of Red Bull defenders, then fired a laser strike into the side netting for his second goal of the match. “He’s inspirational. I mean, sometimes you just have to say, ‘Wow,’” teammate Jon Gallagher said of Driussi, who lifted himself into a tie for the MLS Golden Boot lead with 13 goals.

Ecuadorian winger Washington Corozo made his Austin FC debut late in the second half and needed just four minutes to bring the Q2 Stadium crowd to its feet. The 24-year-old sized up a Driussi cross, then leaned back for a bicycle kick pass directly to Ethan Finlay, who scored his fifth of the season from close range.

Absolute scenes from the fortress. We never stop fighting. pic.twitter.com/R8ftzCcdZJ

But the four-goal comeback proved to be a bridge too far even for the comeback kings that Austin FC have proven themselves to be. The loss snapped a seven-match unbeaten streak and perhaps provided the club with a “wake-up call,” as Wolff put it.

The club returns to the road on Saturday to take on Sporting Kansas City, which currently resides at the bottom of the Western Conference.