Austin FC Falls on the Road to LA Galaxy, 4-1 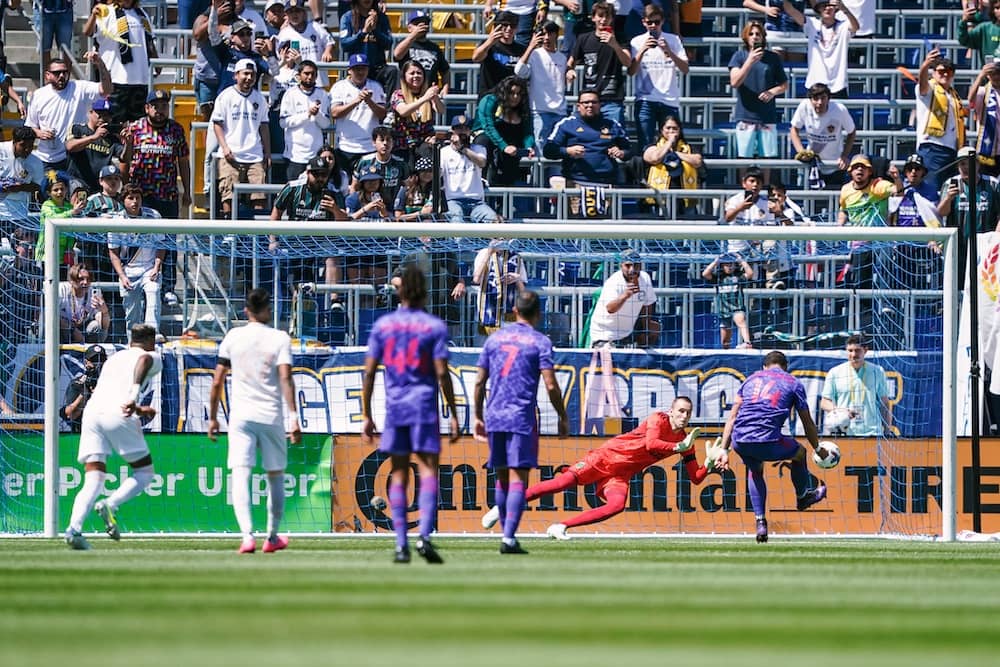 Austin FC suffered its first multigoal defeat of the 2022 season Sunday night, falling on the road to the LA Galaxy, 4-1.

It was El Tree that got on the board first in the 53rd minute as all five goals came in the second half. Diego Fagúndez nicked his third goal of the season with a nifty toe-poke finish over Galaxy keeper Jonathan Bond, thanks in part to Owen Wolff’s first assist of his young professional career.

But just four minutes later, 22-year-old Croatian striker Dejan Joveljić entered the match as a Galaxy substitute, then proceeded to play one of the best half-hours that any MLS player has produced all season. Joveljić either scored or assisted on all four Galaxy goals, starting in the 61st minute with an outrageous back heel pass to Mexican strike partner Javier “Chicharito” Hernández, who popped the easy finish past Brad Stuver. (Earlier in the match, Stuver denied Chicharito on a penalty kick attempt for the second time in two seasons.)

Joveljić then quickly gave the Galaxy the lead when an attempted clearance by ATX left back Žan Kolmanič hit Joveljić right in the chest, leading to a point-blank finish.

“I thought the first 60 minutes was really solid. Disappointing to lose our grip a bit there,” ATX coach Josh Wolff said of the way LA rapidly swayed the match.

With the Verde and Black creating few opportunities of high danger going forward, eventually the Galaxy punished ATX on a poor pass attempt which was promptly intercepted and shuttled forward to Joveljić, who chipped Stuver to make it 3-1. And if the match wasn’t already put to bed by then, in the 90th minute Joveljić sprung Efraín Álvarez in on goal with a gorgeous bicycle kick pass, which Álvarez capitalized on with the Galaxy’s fourth goal.

Half of Austin FC’s four losses through the first 14 matches of the season have now come against the Galaxy, although the Texas side remains one spot ahead in the Western Conference standings in fourth place, behind the Galaxy’s crosstown rivals LAFC, FC Dallas, and Real Salt Lake.

“I think our guys, for 14 games, have been quite strong, quite consistent,” Wolff said. “The standpoint from this game is that we did let it get away.”

The Verde and Black won’t play their next match until June 18 (away at CF Montréal) as the club soccer world pauses for a two-week-long international break.