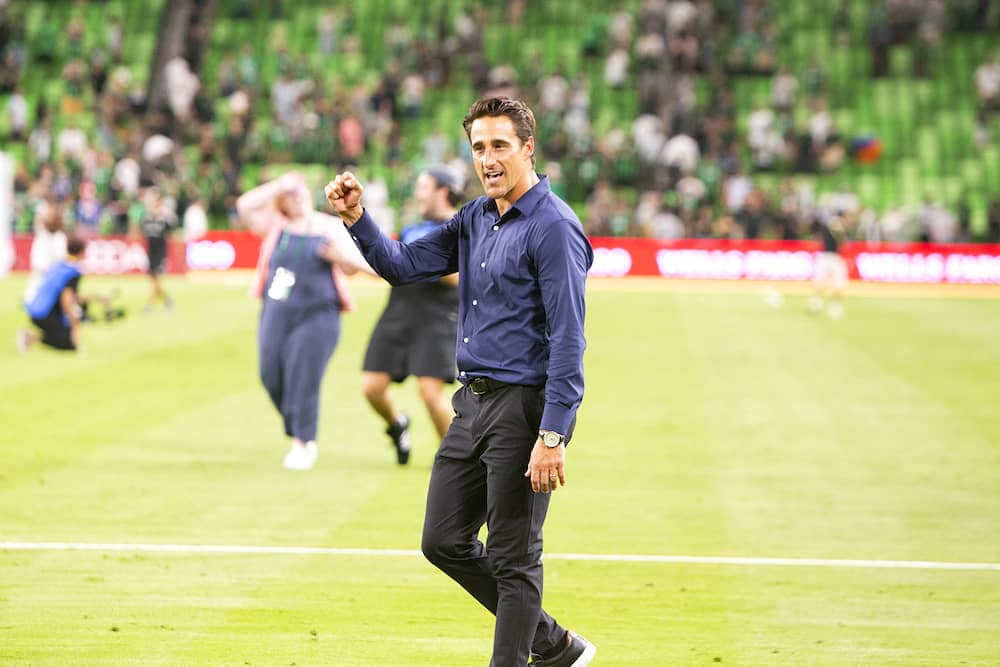 Hear Josh Wolff talk about soccer – anything related to the sport – and you’ll know within minutes that, for the 44-year-old Austin FC head coach, detail is everything. Spend part of an afternoon with him at the club’s North Austin training facility, and you’ll see the expression of that detail all around you.

Wolff carries a folder with him as he patrols the many recovery rooms and treatment areas of the state-of-the-art St. David’s Performance Center he helped design. Everything is right where it should be. The hyperbaric chambers are next door to the hot tubs, across the hall from the massage tables. The kitchen is beside the weight room, which looks out to the acres of practice fields. Inside the Verde and Black folder, which Wolff keeps open in all its meticulously organized glory during our interview, he has notes, scouting reports, player conditioning data, and advanced analytics, all curated by club staff in the early morning.

If that all sounds a bit… German, well, there’s a reason for that.

In 2006, nine years into his playing career as dynamic striker in MLS, Wolff left the United States to sign with 1860 Munich of the German second division. “I was the foreigner, so you're trying to take in new information and training in a different way. And, you know, my role was very specific and it became very detailed,” Wolff said.

He struggled to find goals consistently in his 18 months overseas, but succeeded in finding something else of great value, a pathway forward beyond his playing career. “When I went to Germany and came back from Germany, I knew somehow I wanted to get into coaching. I came back and I got my coaching license here in America.”

That led to assistant roles with D.C. United, the Columbus Crew, and the U.S. Men’s National Team, the latter two under Gregg Berhalter, Wolff’s teammate during those formative months in Munich and another notoriously detail-oriented manager.

By 2019, Wolff was fielding interest from established MLS clubs with head coaching vacancies. Instead, he accepted an offer from an old boss, joining ex-Columbus Crew owner Anthony Precourt to become the first head coach of Austin FC, the league’s newest expansion franchise. After nearly two years of preparation, hiring support staff, developing facilities and assembling a roster, Wolff has led Austin FC through a disappointing inaugural season on the field. The club enters the final week of its campaign dead last in the Western Conference with 8 wins, 4 draws, and 20 losses.

He knows it’s not been good enough. But Wolff believes the club has played better than the results suggest (he has “plenty of data” in his folder to support that) and is encouraged by the foundation that’s been built in 2021.

“The starting point is that we have a good way that we play, and there's a real clarity as to how we play, and we brought in players that can execute that,” Wolff said. By his own admission, Wolff’s system is not easy to learn. It demands specifics. A specific action is expected of each individual player for every specific situation that arises in a match. The result, at its best, can be overwhelming for opponents and dazzling for spectators. But the club has rarely reached those heights this season. Disjointed attacking and disorganized defending have been more the norm.

“We have a dozen-plus players that have real good understanding of what we’re trying to do, and certainly the quality and detail. And with another 10 players, it’s how are we layering in their growth and development,” Wolff said. “And now next year, we know we're going to lose some players. Five, six, seven, eight, we don't know. But we need to get better, so we need to make those decisions.”

Defense is the obvious area of need. Austin FC has conceded more than two goals per game over its last 12 matches down the stretch. The club is already well underway identifying possible center back targets to bring in over the winter. “We're going to be better in the second year for everything that we've gone through in this first year.” 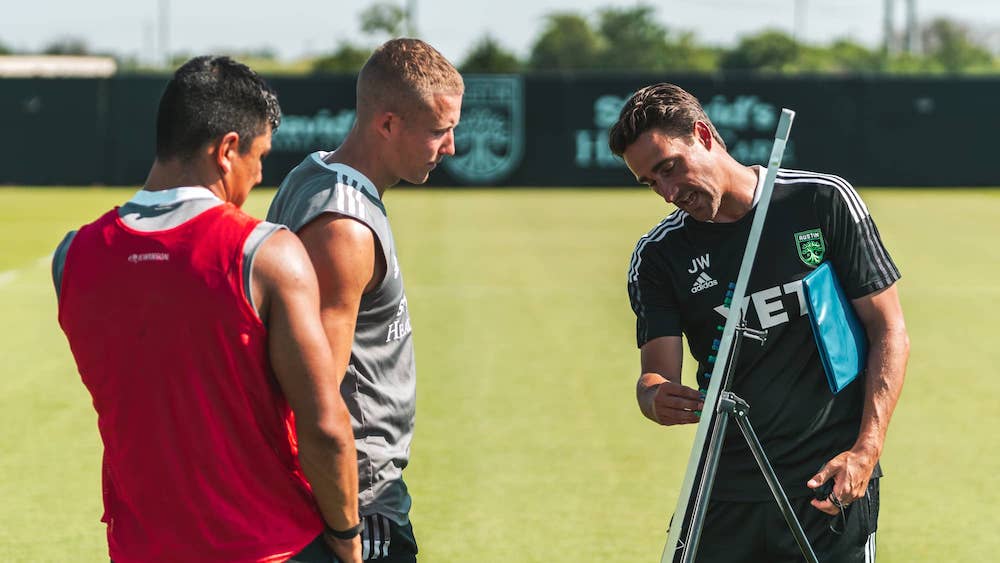 Wolff is protective of his process and his soccer philosophy, and can get defensive after tough losses when that process, that philosophy, come under scrutiny. But he’s at ease and reflective as he talks about his biggest regret from the club’s first season, something completely unrelated to tactics. "I think COVID limited our ability to have more team bonding and more experiences as a group with families, with kids, things like that. That's a real disappointment,” Wolff said. “Anything that I've been part of, whether it's the Olympic team, the national team, Columbus, everything, it's about making this familial. And that's a missing component this year.” He looks forward to bringing more of that to the table next season when league COVID restrictions loosen.

Time will tell if Wolff has it in him to get Austin FC on a winning track, but it won’t be for lack of desire. The fate of the club is personal to him beyond what most coaches experience. “When I think of starting from nothing and bringing in staff and high-performance and scouting… you’re helping bring Austin FC from dirt to what it is now,” Wolff said.

“It doesn’t come easy and it doesn’t come cheaply. And it’s not for everyone. So I'm going to do everything I can to make sure what's right now becomes extremely right. And the things that weren't right, we get better. I hope to be here for a long time, and I'm aware of what this business is about.

“But first and foremost for me is putting a product on the field and representing Anthony [Precourt], Austin FC, and the city in the best possible way. Because they deserve it.”