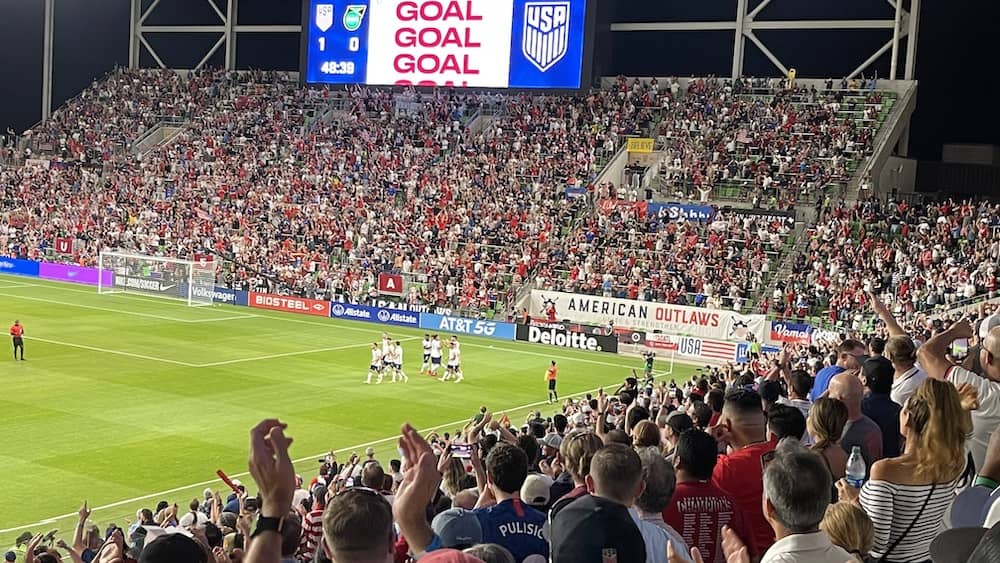 Two things were clear when the final whistle sounded in Q2 Stadium Thursday night as the United States. Men’s National Team wrapped up a 2-0 win over Jamaica in World Cup qualifying.

One, Austin is a serious, high-octane, upper-echelon American soccer city. And two, Ricardo Pepi is as exciting of a young goalscorer as the U.S. has seen in years.

Neither of those things were true as recently as mid-June, when Q2 Stadium had yet to host a match and Pepi, 18, was still seeking his first MLS start for FC Dallas in 2021. Four months later, though, Austin and Pepi combined to create an unforgettable – and invaluable – night of soccer for the whole nation to enjoy.

The El Paso native scored both goals in the first U.S. qualifier ever held in the state of Texas. The United States kept a clean sheet defensively and took all three points from a depleted Jamaica team, bolstering Team USA’s chances of qualifying for the 2022 FIFA World Cup Qatar and avoiding a repeat of the 2018 fiasco when the team failed to make it to the iconic tournament.

And by filling Q2 with a near-capacity crowd at kickoff despite an early-evening start and singing loudly and proudly throughout, Austin fans made a compelling case to do it all again soon.

.@ussoccer announces a capacity crowd at @Q2Stadium. Well, I ain’t gonna argue. This place has been electric all night. pic.twitter.com/o4VclzzTqw

“When you have atmospheres like we had tonight, it gets the guys up to perform. Fantastic field, fantastic stadium, fantastic fans – I mean, this is what it’s about. This is why we chose a venue like Austin,” U.S. head coach Gregg Berhalter said after the match, later adding, “We’d love to come back here one day.”

But unlike the two national team matches Q2 had hosted prior to Thursday – a women’s Olympic tune-up match where the result was immaterial and a CONCACAF Gold Cup semifinal featuring a second-tier squad – a win against Jamaica was absolutely imperative to declaring the night a success.

When both teams trotted into the locker room at halftime with the match still scoreless, that win seemed uncomfortably far from certain. Jamaica’s organized defending stifled Pepi and smothered wingers Brendon Aaronson and Paul Arriola while the highly-anticipated midfield trio of Weston McKennie, Tyler Adams, and Yunus Musah looked hesitant in possession. In fact, the only shot on target of the first half was taken by Jamaican forward Jamal Lowe, which required a diving save from U.S. goalkeeper Matt Turner.

The most notable outcome of the first half was the fact that Jamaica kept all 11 men on the field. That probably should not have been the case after two instances – one in the first minute and the other in the 33rd – when a Jamaican defender denied a U.S. player a goalscoring opportunity with a foul just outside the box. Referee Reon Radix of Grenada flashed his yellow card twice instead of red, seemingly in direct contradiction to the rule in those situations.

But when the teams swapped sides for the second half and Pepi came face-to-face with the Q2 south stand – the same end in which he scored twice for FC Dallas in an August 29 match against Austin FC – the breakthrough came shortly after. Just three minutes into the second half, Sergiño Dest floated a crafty cross toward the center of the box where Pepi met it with his head, guiding it into the bottom corner of the goal.

Then, just past the hour mark, Aaronson spotted Pepi in a similar position from the left wing, hit the El Pasoan in stride with a grounded pass, and Pepi buried the chance with his right foot. It was the teen’s third goal in just two matches with the Stars and Stripes, and he became the youngest American to score in back-to-back matches for the national team.

“I think he’s really grown into this striker that is just so deadly in the box,” Aaronson said of his countryman. “For a midfielder-slash-winger like what I am, it’s a dream to play with a striker like him because you know he’s going to be in these spots.”

“I feel like we needed these three points, and we went out there and gave it all,” a calm and soft-spoken Pepi said. “I had my family in town and I had some family friends that are from El Paso so It was a special night for me.”

The U.S. squad now heads south to Panama City for a Sunday clash with Panama before returning stateside against Costa Rica in Columbus on Wednesday to wrap up the international window. The Americans currently sit in a tie atop the CONCACAF qualifying standings with Mexico at eight points with 10 matches remaining. The top-three of eight nations advance directly to Qatar, while the fourth-place team can qualify via an intercontinental playoff.