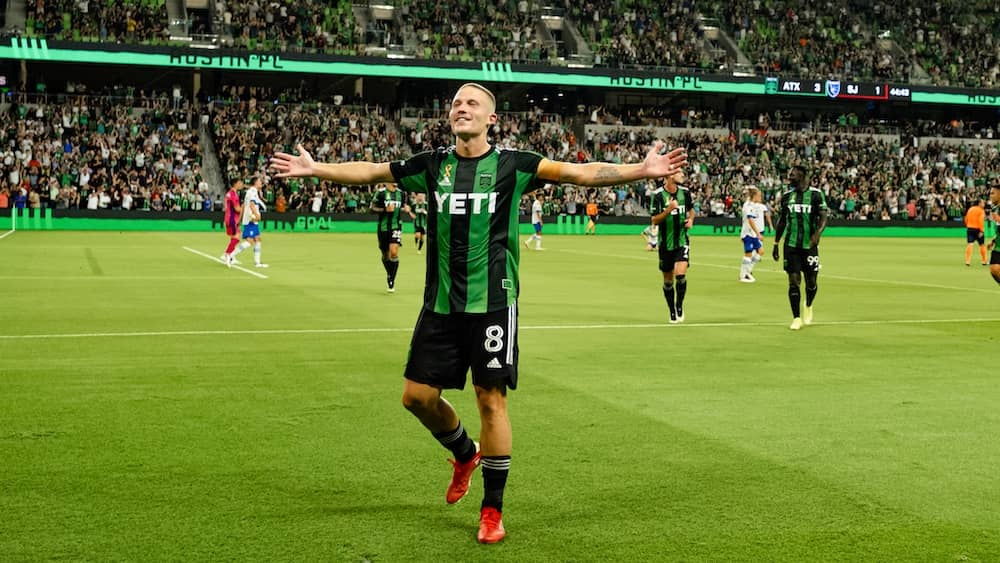 Club captain Alex Ring's first half was possibly the best 45 minutes played by any Austin FC player all season. His second half ended in a red card. (courtesy of Austin FC)

On multiple occasions during its turbulent inaugural season, Austin FC has broken out of a rut of losses with a cathartic win at Q2 Stadium. On those rare nights, the goals and beer baths flow in a massive party atmosphere.

Saturday night looked like the latest Verde fiesta and, for 45 minutes, it was. Austin FC took a 3-1 lead into the halftime break against the San Jose Earthquakes, only to see that scoreline turn into a 4-3 defeat at the final whistle, the latest demoralizing loss in a season absolutely jam-packed with them.

The match began with instant gratification for those eager to see 21-year-old Senegalese striker Moussa Djitté make his first start for El Tree. Due to injury, not since May had Austin FC begun a match with a natural center forward leading the attack, and the difference was obvious. In the sixth minute, Djitté combined with Alex Ring to break down the San Jose defense as the former French Ligue 2 player nearly scored his first goal on a header from six yards out. San Jose keeper JT Marcinkowski made a good save, but Sebastián Driussi darted through to bury the rebound.

San Jose drew level off a corner kick in the 18th minute, but Austin FC regained the lead later in the first half as Ring set up Jon Gallagher for a tap-in at the far post. Djitté was also in the mix, drawing the attention of Earthquake defenders and allowing Gallagher to sneak into the box unnoticed.

Ring needed no help for Austin FC’s third goal to close out the half, unleashing a powerful, accurate shot from well outside the penalty box to beat Marcinkowski and give El Tree a two-goal lead at halftime. Ring’s first half was possibly the best 45 minutes played by any Austin FC player all season.

If only it could have ended there. And maybe some in the Verde stripes thought it had. Austin FC came out flat as old soda in the second half, and San Jose chopped the lead in half in the 49th minute courtesy of Cristian Espinoza getting in behind the Austin FC defense. Five minutes later – and for the second straight game – Austin FC was victimized by a harsh interpretation of the handball rule. As Ring defended a San Jose free kick inside the box, the ball appeared to strike him in the knee, and then in the forearm. Referee Baldomero Toledo saw enough on video replay to award Ring a yellow card and the Earthquakes a penalty, which Chofis López squeezed past Stuver to tie the match at 3-3.

Then, for reasons not entirely clear, Stuver flat-out decked López in a style more appropriate for the version of football being played at DKR-Texas Memorial Stadium at the same time. López would get the most painful shot in, though, beating Stuver from 18 yards out in the 63rd minute to give San Jose its first lead.

Any realistic chance the Verde might have had of answering back ended just two minutes later when Ring’s excellent evening took a sour turn. After being dispossessed by Eric Remedi in the San Jose half of the field, Ring swung a needless tackle at Remedi’s feet, drawing his second yellow card of the match, and the corresponding red card. Down to 10 men, Austin FC managed a couple of half-chances in the final 25 minutes of the match, but left the pitch as losers for the fifth straight match.

With Austin FC all but mathematically eliminated from the playoff race, the play of Djitté in the first half will provide an encouraging takeaway from an otherwise brutal result. Djitté was substituted at halftime due to cramping, a sign that he’s not quite up to full match fitness after last starting a match for Grenoble in May.

After a stretch of three matches in eight days, Austin FC now has a full week to prepare for a late-night, national TV clash against the LA Galaxy at Q2 Stadium on Sunday, Sept. 26. 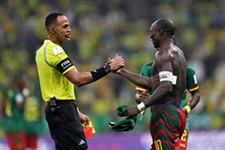 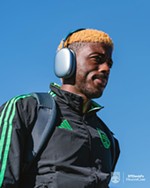