Captain Alex Ring: “We don’t deserve [our fans] at the moment” 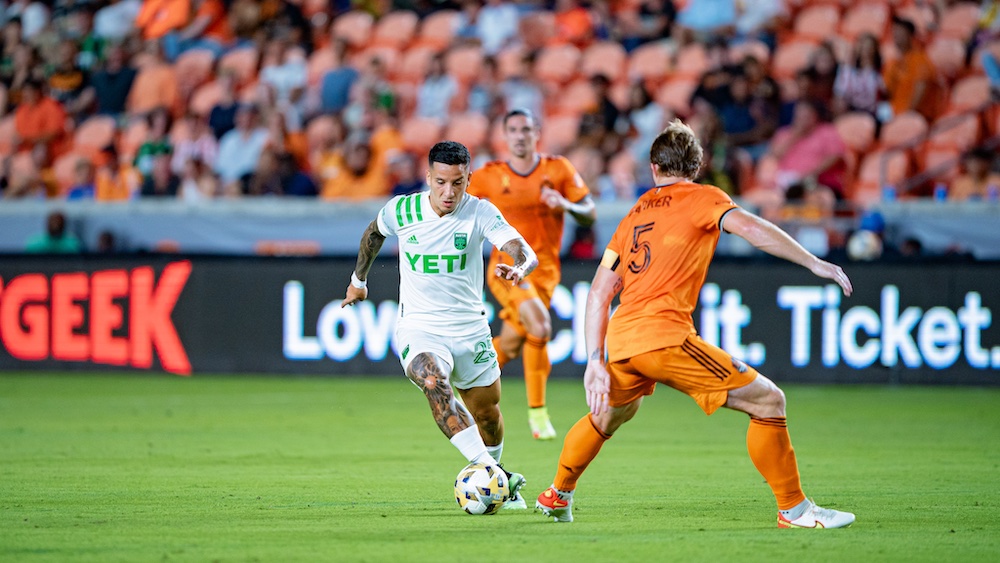 Someday, years from now, when Austin FC lifts its first MLS Cup trophy, its fans will think back to when they stuck by their club through the very worst of times. And when they think of those times, they’ll remember September 11, 2021, in Houston.

It simply does not get any lower than what the Oaks experienced Saturday night at BBVA Stadium, losing 3-0 to the hapless Houston Dynamo in a game where Austin FC trailed for all but the first 48 seconds of the match.

The Dynamo entered the match on a 16-game winless streak, but – apart from the sparse home crowd – you would never have known as much from the action on the pitch. Sloppy, disjointed, at times disinterested play from Austin FC allowed the Dynamo to resemble a title-contending outfit. In reality, the win lifts Houston into just 12th place out of 13 in the Western Conference and leaves Austin FC in solo last.

It was ugly early as Houston scored the opener after less than a minute into the match. Grizzled veteran attacker Darwin Quintero nutmegged two Austin players – Daniel Pereira and Julio Cascante, for those keeping track – in the box, then fired a curling shot toward goal. ATX keeper Brad Stuver managed to parry it away, but only to the feet of Griffin Dorsey, who slotted the rebound home, much to head coach Josh Wolff’s disgust.

“Completely unacceptable. The general demeanor of some of our players at the beginning of the game is unacceptable,” Wolff said afterward.

In the 27th minute, Houston doubled its lead by way of speedy winger Fafà Picault, who capitalized on another Cascante miscue. Then, 20 minutes into the second half, Austin FC looked as if they might pull one goal back when Cecilio Dominguez had his shot from close range pushed onto the bar by Houston keeper Michael Nelson. The clearance found Picault at midfield, and the New York native sprinted through the scattered Austin defense for his second goal.

"There’s just too much softness out there. Not winning tackles, not competing, flopping around on the ground, it’s unacceptable,” Wolff said.

The result sent a sizable cluster of Verde supporters to the eastbound lanes disappointed. The Austin crowd contributed a large fraction of the stadium’s attendance and the majority of its noise.

“I feel ashamed. They keep traveling home and away,” club captain Alex Ring said of the fans. “We don’t deserve them at the moment.”

Austin FC faces a quick turnaround for its next match, Wednesday night against LAFC at Q2 Stadium. Kickoff is scheduled for 8pm, airing locally on the CW Austin.

The Verde Report: Credit Where It’s Due
Playoff-bound Austin FC put together the season it needed in 2022 With Little on the Line, Austin FC Closes Road Schedule With Loss to Vancouver Whitecaps
ATX will finish season second in Western Conference