Austin FC’s First Home Game Delivered All the Feels, Just None of the Goals

RECAP: A goalless draw for the Oaks' in home opener 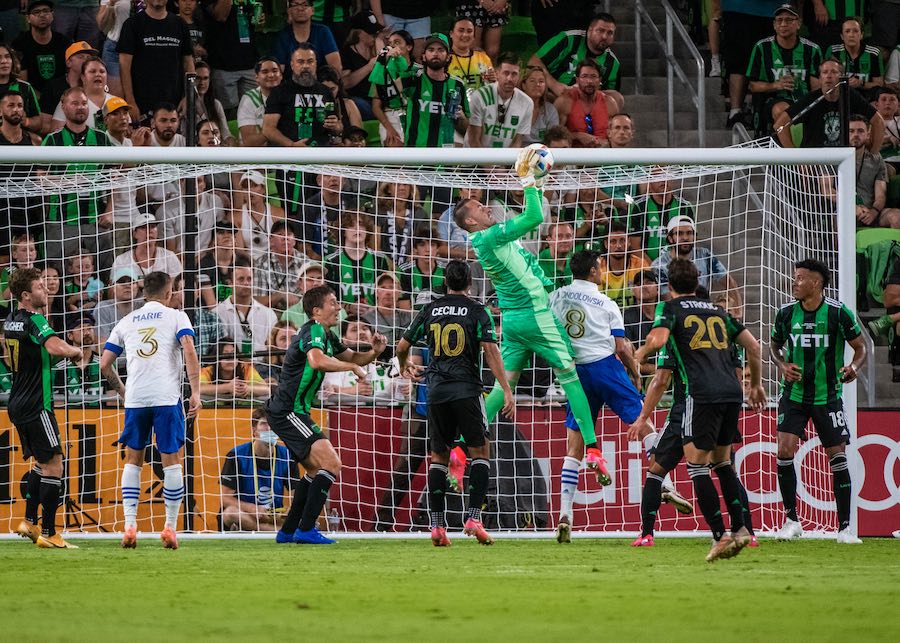 It was nearly perfect.

It’s the “goalless” part that stings. A draw at home is a tolerable result. Far from ideal, but tolerable for an expansion team still finding its legs nine games into its debut season. One-one would have sufficed. Two-two, three-three, certainly. But nil-nil? Ick. Q2 Stadium felt for 90 minutes like a giant, well-shaken champagne bottle whose cork just wouldn’t budge as the Oaks tried and failed to create the goal that 20,700 Austinites desperately craved. (See photo gallery.)

“We had a difficult game,” head coach Josh Wolff said afterward. “The amount of times we got into good spots in the box, edge of the box, and just weren’t able to put anything away was unfortunate. But really proud of the guys’ effort.”

While the goal – and the moment that would have accompanied it – did not come, Austin showed from the moment Q2’s doors opened at 5pm why bringing top-tier pro sports to the Live Music Capital of the World was a long-overdue proposition. The collective commitment the city has made to this club and to the sport of soccer was on full display – impressive to all but expected for those playing any kind of attention over the past nine weeks.

Singing and cheering without rest. Extra singing and cheering when Austin FC would get the ball into a dangerous goalscoring area, something it did frequently enough to the tune of 19 shots, six on goal. Howls of “STUUUUV” when red-hot goalkeeper Stuver made any of his nine saves – he now leads the league with 47. All of it came not just, as you may find elsewhere in MLS, from the supporters’ section behind the south goal, but from every section circling the pitch.

“It was electric tonight. It was amazing. From every chance, every little pass, every little moment you could feel them,” forward Jon Gallagher said postgame. “Most of the game they were banging the drum, they were singing, and I’m like, I don’t know how these guys are still going. They must be just as tired as myself.”

But the players understand they did not quite hold up their end of the bargain Saturday. 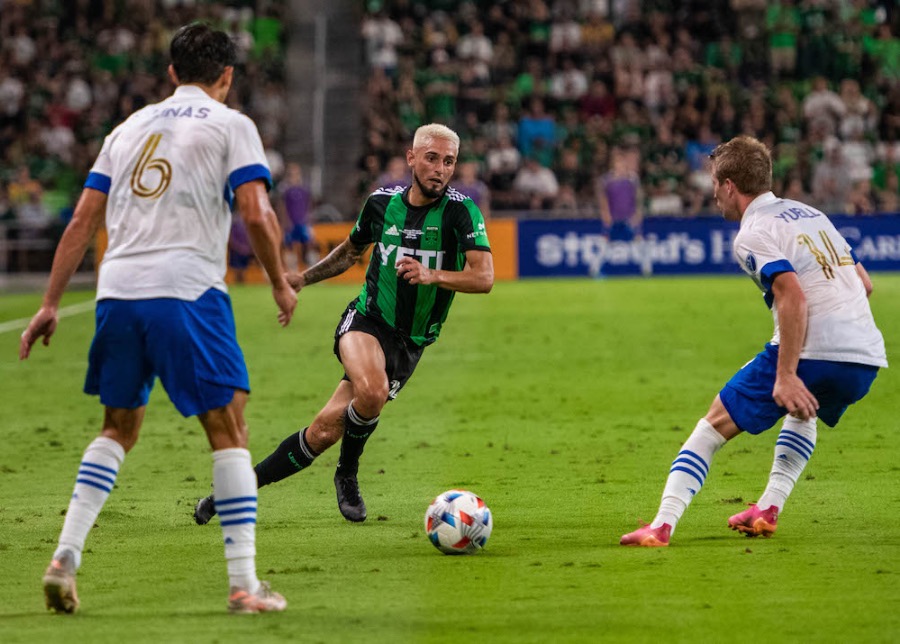 “It’s kind of sad that we’re leaving with a tie because we pushed so hard, [the fans] were singing so hard and we wanted to give them more,” midfielder Diego Fagundez said. “But this is just the beginning. We’re going to make this a fortress.”

Fagundez speaks truth. Austin FC has 16 more of these to come at Q2 Stadium from now through November. After a quick return to the road for a Wednesday clash against Minnesota United in St. Paul, the Oaks retake their home field Sunday against ghosts of relocation drama past, Columbus Crew SC.

The Crew, and especially the Crew’s fans, will be salivating at the chance to notch the first MLS goal and first MLS win in the city they were nearly evicted to in 2018. Austin FC has left the door open for that with the draw against San Jose. They’d be wise to close it swiftly against Columbus.