Another point on the books as the local squad heads home 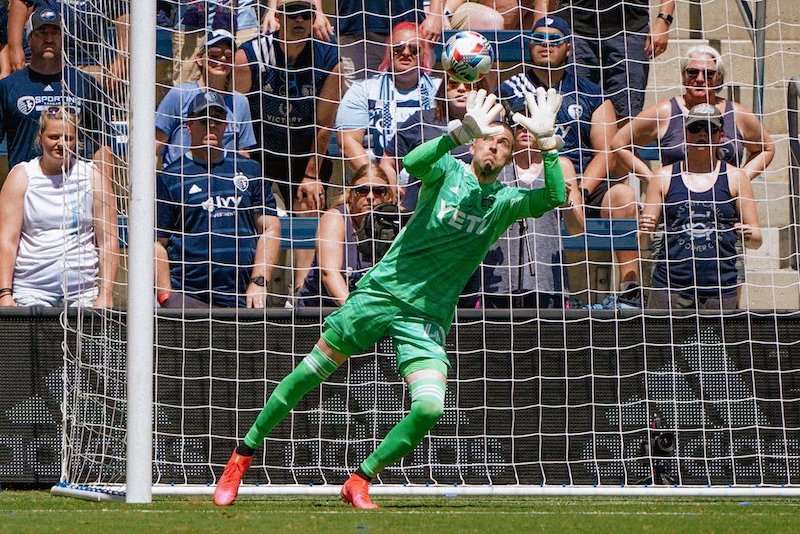 Brad Stuver logged a career-high nine saves against Sporting KC, keeping Austin FC in position to earn a point on the road. (Courtesy of Austin FC)

This time, however, the Verde escaped Children’s Mercy Park with a 1-1 draw against Sporting Kansas City on a sweltering Saturday afternoon, capturing a point in the final leg of the eight-game road trip from Hell to begin the season. Next up, finally, mercifully, awaits a sold-out Q2 Stadium desperate to welcome its club home for the first time ever.

Austin FC will bring with them the eight points (two wins and two draws) that they won on their travels – a modest but respectable amount. The man most responsible for that haul was again the hero Saturday in Kansas City: goalkeeper Brad Stuver. Stuver put in his best performance of a spectacular season-to-date, denying the hosts nine times, a career high. Many of those saves, too many to count, came against point-blank, well-struck shots that would have been goals on a different day, against a different keeper.

“I’ve been working for eight years to get an opportunity like this,” the 30-year-old goalkeeper said after the match. “For me, it’s not about proving people wrong, it’s not about surprising myself, it’s just going out every day, training hard and doing what I know I’m capable of.”

The quality and quantity of Sporting KC’s chances should have been worth four goals, according to Major League Soccer’s “expected goals” measure. Instead, they managed just one against Stuver, a Dániel Sallói equalizer in the 71st minute off a rebound from one of Stuver’s own saves.

The Kansas City goal neutralized the Austin FC lead that was earned in impressive fashion by Cecilio Domínguez in the 26th minute. Domínguez collected an accurate pass from fellow designated player Tomás Pochettino at the edge of the 18-yard box, took one touch into space to his right, then fired a low shot across goalkeeper Tim Melia into the far side netting.

Prior to Domínguez’s strike, the last goal Austin FC had scored was converted into that very same frame, six weeks (and over 380 game minutes) ago. On that occasion, an Alex Ring red card reduced his side to 10 men and SKC made off with the victory. This time, Austin FC kept everyone on the field and saw out the draw. That, coupled with the end of the road trip, brought sweet relief for head coach Josh Wolff.

“These guys have worked tirelessly since the end of January, and now you get an opportunity to [play] in front of your fans, you get an opportunity to spend these days around your family,” Wolff said. “That’s going to be exciting for the players and it’s going to be really exciting for the fans and the community that has shown an unbelievable thirst and energy for this team.”

Next weekend, the fun really begins. Austin FC takes on the San Jose Earthquakes at 8pm. The game will air locally on the CW Austin and Univision, but more importantly, it will occur inside Q2 Stadium right here in Austin, Texas. 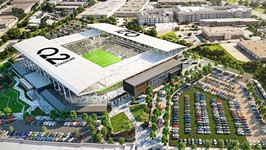