Historic Night of Firsts as Austin FC Prevails in Colorado 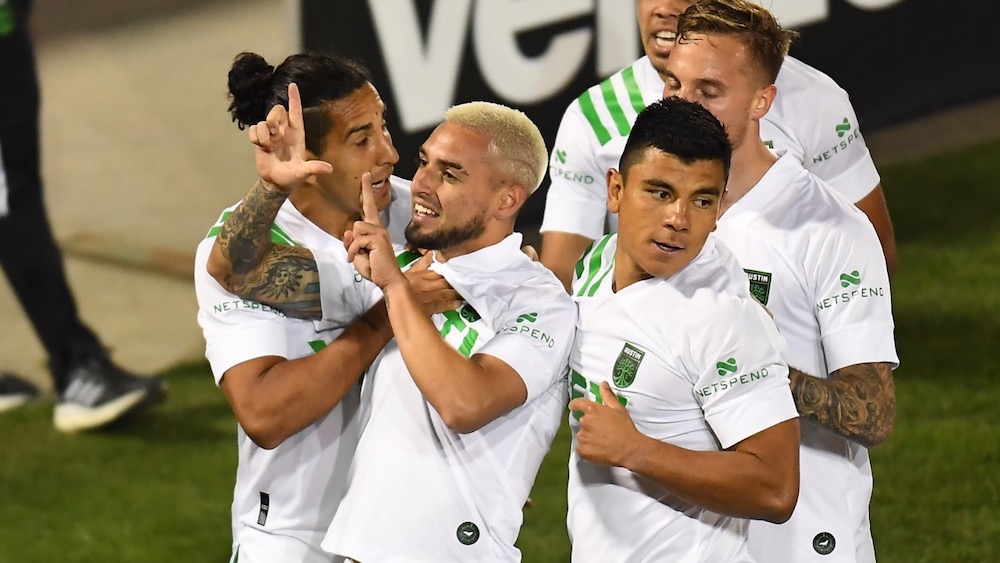 A sensational second half performance that delivered the first three goals in club history propelled Austin FC to a historic first Major League Soccer victory, 3-1, over the Colorado Rapids in Denver Saturday evening.

Diego Fagundez scored the all-important goal No. 1 while Cecilio Domínguez added the following two, including the game-winner, all in the span of 12 euphoric minutes for the travelling Austin crowd. Josh Wolff, who collected the first win of his head coaching career, reflected on the significance of the moment after the game.

“It’s a momentous occasion for this city, for this organization,” Wolff said. “We are going to fight together, we’re going to suffer together and we’re going to win together. We were coming out of here with points and I wanted to put that in [the team’s] head right away.”

That the performance came on a night when several factors, both on and the field and off, seemed intent on slapping Austin with a second-straight loss to start its debut season made the come-from-behind victory all the more impressive.

The Austin takeover of the Mile High City began in the early afternoon, before Austin FC players had even boarded their flight north, with a Verde march through the streets of Downtown Denver. The momentum lasted until ATXFC released its starting lineup an hour before kickoff. Two of the team’s core starters, center back Matt Besler and midfielder Tomás Pochettino, were conspicuous by their absence not only from the starting 11, but from the entire active squad.

Besler quickly turned worries into well-wishes, revealing the cause of his absence to be the birth of his third child, a boy named Miller James. Pochettino’s scratch, on the other hand, was a larger concern for the club. The explanation, which did not come until the match was already 30 minutes old, read:

“We were recently made aware of a potential league-related administrative issue regarding Tomás Pochettino’s registration. While the league believes there are no issues, they have requested that we remove him from the starting lineup out of an abundance of caution. We are hoping to receive a resolution shortly.”

In the 19th minute, Austin lost another starter for the match and potentially much longer. Left back Ben Sweat’s left knee buckled inward while attempting a tackle and had to be stretchered off the field while in immense, visible pain.

Perhaps shaken at the sight of Sweat’s injury, Austin FC fell into one of its worst stretches of play of the young season and eventually conceded the opener in the 36th minute. Colorado striker Andre Shinyashiki elevated from the 6-yard line to head a Jack Price corner kick into the side netting, putting the Rapids up 1-0. Austin needed a full regroup at halftime, and that’s exactly what it got.

“We knew we had to focus on the match,” Domiguez said through an interpreter. “Josh gave a very good talk at halftime, but we also talked amongst each other about the details, and we were able to change the momentum.”

The difference was obvious from the opening whistle of the second half. Domiguez was the catalyst as Austin pressured Colorado with a barrage of chances before finally, in the 60th minute, Fagundez tucked away a Jared Stroud cross into an open net for the club’s first ever goal, tying the game 1-1. Fagundez immediately sprinted toward the Austin corner of the stadium and made an “L-V” hand sign to pay homage to the Los Verdes supporters, who were going berserk.

Austin FC’s pressure kept coming. Just seven minutes after the first goal, Dominguez curled a right-footed strike past Rapids goalkeeper William Yarborough to give Austin a 2-1 lead. And four minutes after that, Dominguez struck again from the top of the 18-yard box, his shot taking a deflection off a Rapids defender into the bottom corner of the goal. 3-1 Austin, which became the final score. “I’m so happy for the entire team. Tonight, we gave our best,” Dominguez said. “A historic day.”

Club part-owner Matthew McConaughey has often referred to the Austin FC experience as a Hundred Years War. Saturday night in Commerce City, Colo., the Verde saw its Battle of Sluys. It begins here. 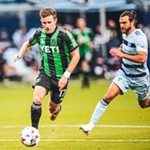