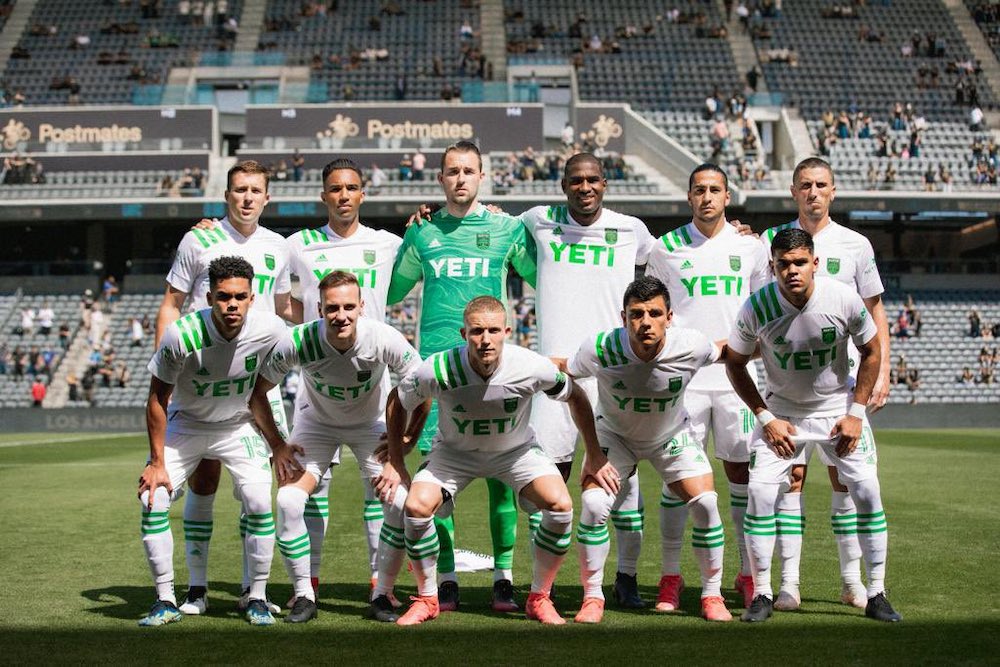 A historic Austin FC starting lineup featured some surprises, including a rookie, Daniel Pereira, in midfield and a less-experienced goalkeeper in Brad Stuver between the posts. (photo courtesy of Austin FC)

If Los Angeles, Calif. was not fully aware it was playing host to the historic first match in Austin FC history, the ATX faithful spelled it out in bold, black font. In the sky.

“HI, HOW ARE YOU? VAMOS ATX! VERDE HASTA LA MUERTE!” read the airplane-towed banner fluttering above Banc of California Stadium Saturday afternoon, as Austin FC got in its first Major League Soccer kicks. A 2-0 defeat to Los Angeles FC in an entertaining, nationally televised match did little to dampen the mood at watch parties across Central Texas and in a few dozen seats inside the LAFC home ground.

For 45 minutes, Austin FC hung with one of the league’s best teams. After a first minute LA flurry that demanded an athletic save from surprise first-choice goalkeeper Brad Stuver, ATXFC eased its way into Coach Josh Wolff’s brand of possession-based soccer. For multiple extended stretches, they brought the fight to the hosts.

Things got weird in the 21st minute when LAFC forward and former MVP Carlos Vela’s number went up on the referee’s substitution board. He was slow to get up from an awkward fall but was not injured, though LAFC coach Bob Bradley seemed to think that he was. The miscommunication cost LA – already without last year’s top scorer Diego Rossi – its best player for the majority of the game. “I might’ve jumped the gun,” Bradley confessed to the FOX broadcast crew shortly after.

The second half was one-sided. LAFC dominated possession and put constant pressure on Stuver’s goal. In the 60th minute, LA’s Corey Baird struck from 20 yards out. The shot deflected off Austin defender Nick Lima’s leg and tumbled past an off-balance Stuver for the opening goal. As Austin pushed numbers forward in search of a late equalizer, LAFC capitalized on a fortunate bounce in midfield to double the lead off the right foot of substitute José Cifuentes. A couple of excellent saves by LAFC’s Pablo Sisniega stymied Jon Gallagher’s late attempts to bring Austin FC back into the game. 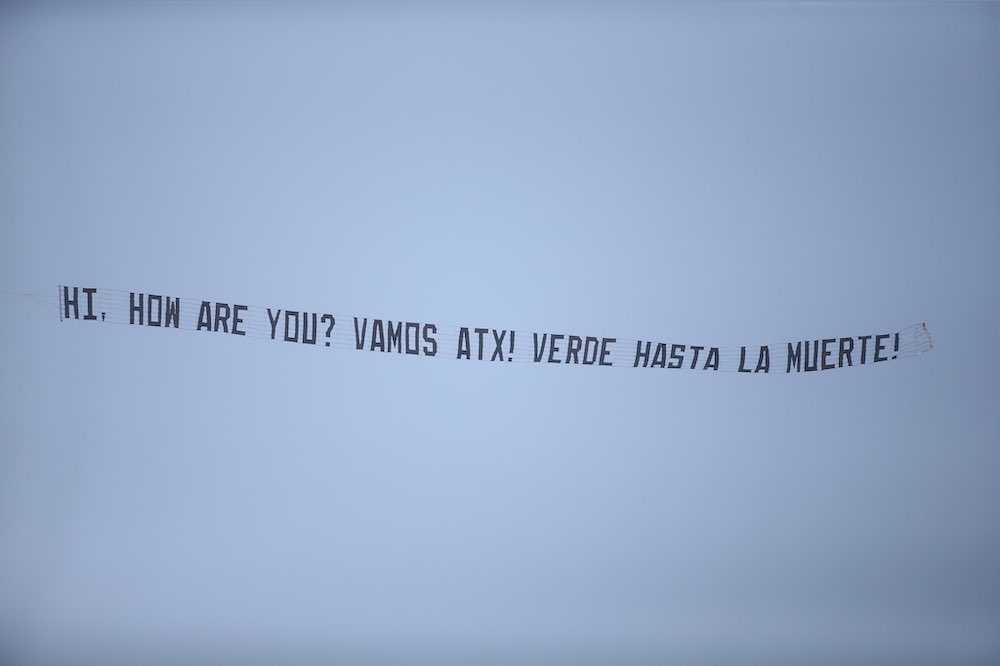 The primary mission objective – get a result in the club’s first ever match – was unsuccessful. However, the secondary objective – compete with Major League Soccer's elite and demonstrate respectability on a national stage… mission accomplished. It’s a consolation prize, but one Wolff understands carries significance. “We’re in the infancy of our existence, and I think there’s certainly some things to be proud of,” he said after the game. “We were able to move through LAFC in a pretty competent way. Then it’s about scoring goals… and today we weren’t able to get one.”

Whether you prefer the classic stats like shots on goal (LAFC had 9 to Austin’s 3) or the new-age analytics like expected goals (2.6 for LA, 0.6 for ATX), the numbers affirm that the hosts were deserving winners. But the mood in the Austin FC locker room after the game, according to Stuver, was that the Verde deserved more from the game. “We put in an 90-minute shift where we feel disappointed to give up two goals and go away without any points,” Stuver said.

Plenty of firsts remain on the table for Austin FC in their next contest against the Colorado Rapids in Denver Saturday, April 24. First goal, first points, first win… but not first impression. The chance for that has finally come and gone, and Austin can take pride in the performance its team, and especially its fans, produced for the nation.