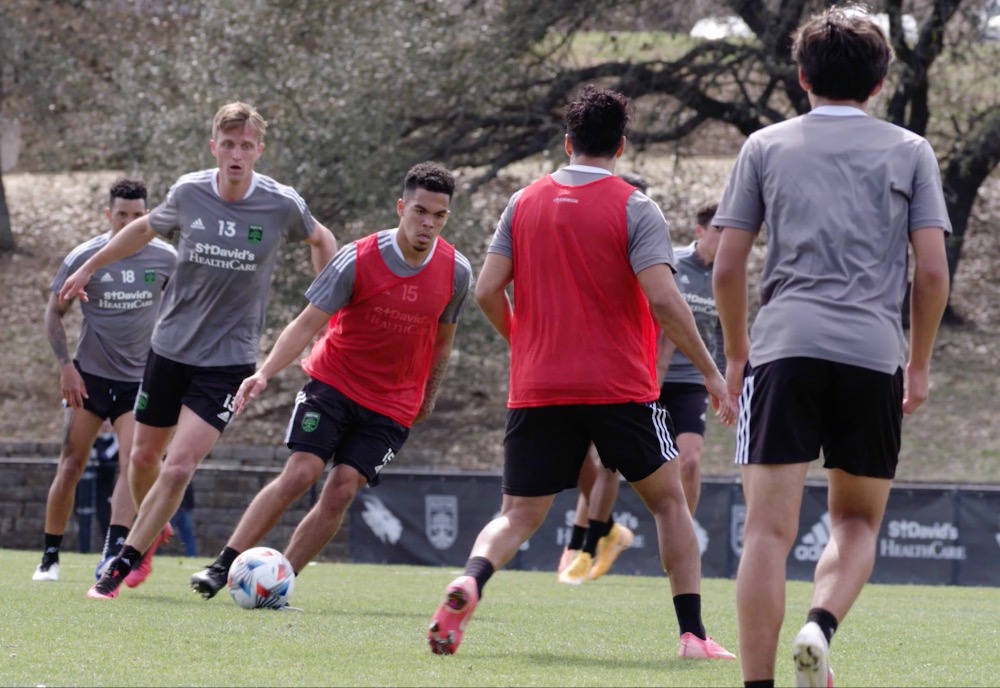 Update: On Wednesday afternoon, Austin FC announced its MLS debut will take place on the road on Saturday, April 17 against LAFC, at Banc of California Stadium in Los Angeles. The match will be broadcast nationally on FOX and FOX Deportes at 4:30pm.

Additionally, Austin FC will play its first home game on Saturday, June 19, against the San Jose Earthquakes at the still under-construction Q2 Stadium in North Austin. That match will be nationally televised on UniMás and TUDN. Austin FC's first regionally televised match will take place Saturday, April 24 at 8pm when they take on the Colorado Rapids at Dick’s Sporting Goods Park in Commerce City, Colo.

An Austin FC roster that for months existed only on paper came to life Monday as the club held its first official practice, kicking off six weeks of preseason training ahead of the club’s debut MLS season.

Although the vast majority of players had been participating in voluntary organized workouts beginning March 1, the start of preseason training marked the latest milestone in Austin FC’s genesis. It was also a significant moment for the club’s first-year head coach Josh Wolff, who begins the daunting task of molding a group of players largely unfamiliar with each other into a cohesive unit capable of challenging MLS clubs with well-established rosters.

Wolff, speaking at the first installment of his now-weekly press conference Tuesday, called the moment “really satisfying.” He said the first focus of training will be to establish a positive team culture. “It’s something that we will push every day,” Wolff said. “It takes time, but you certainly want to set the standard quickly.”

In terms of drills and exercises, Wolff and his staff are starting on the attacking end of the field. “The first thing is trying to get players to understand philosophically how we want to play,” Wolff said. “That the ball is our friend, and we want to be able to dictate a certain tempo. A lot of it is offensive these first couple of weeks, and then we’ll start building in more phases of the game as we move along in preseason.” 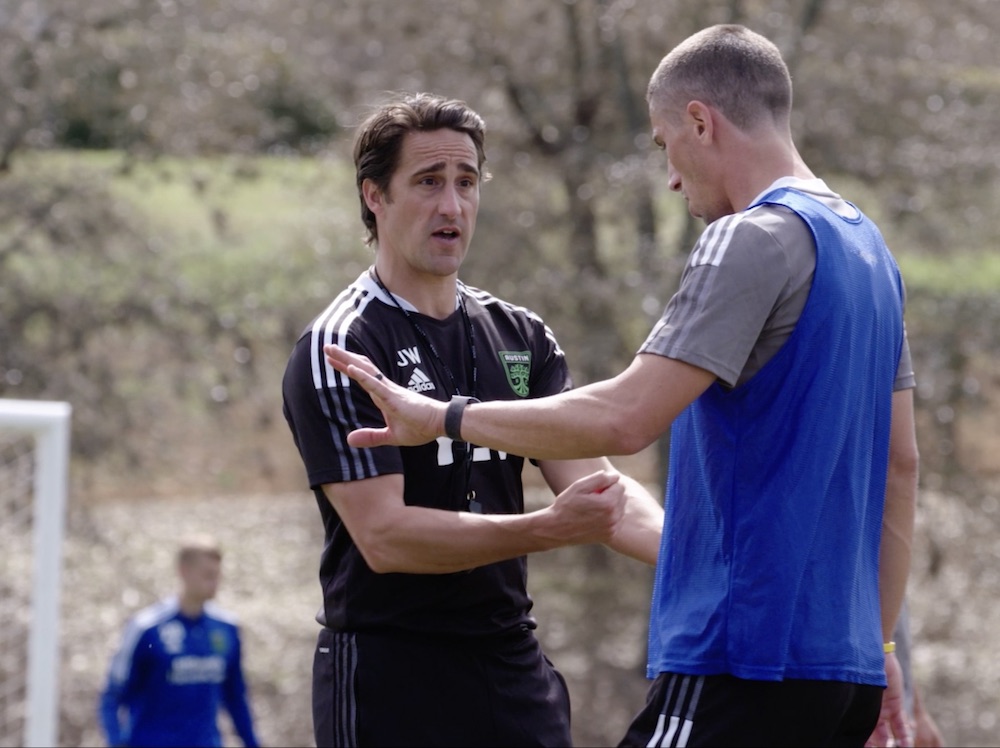 With the recent acquisition of international players Tomás Pochettino and Žan Kolmanič, Wolff said Austin FC’s senior roster is now “pretty near completion.” Neither Pochettino nor Kolmanič were present for the first week of training, though the club hopes to have both join the squad shortly. In the meantime, Austin FC’s coaching staff is already hard at work figuring out how to best deploy their most talented players. Wolff said he’s been experimenting with Designated Player Cecilio Domínguez’s positioning, trying out the dynamic Paraguayan in midfield rather than at winger, where he’s more accustomed. “We scouted these guys, we signed these guys, so we have a good idea who they are, but we’re also going to learn a little bit more about them now that we’re around them much more on the field,” Wolff said.

Even with a couple of absences, Austin FC’s players have already been able to scrimmage each other 11 on 11, simulating the action some will experience in the club’s first match, set for the weekend of April 17. “We want to be competitive, and right now our training sessions are built around competing, but also around teaching,” Wolff said. “I hope and believe that [the players] will respect that. And they’ll enjoy being in this environment and learning the way that we’re teaching.”