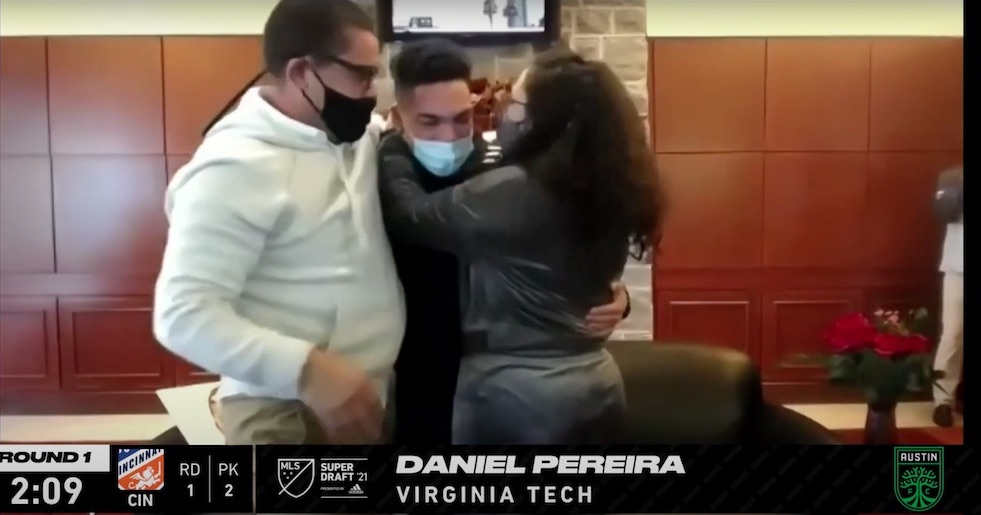 No. 1 pick Daniel Pereira celebrating with his family during Friday's MLS SuperDraft (screenshot via YouTube)

Major League Soccer owns a long list of quirks that set it apart from the rest of the footballing world. On the much shorter list of things it actually has in common, you might find “obsession with the word super.”

Super Cup. Super League. Superclásico (if you’re not yet familiar with this Argentinian rivalry, you’re in for one helluva YouTube session). Back here in the States, we have the MLS SuperDraft. However, exactly what is super about it is a bit unclear, as each year seemingly fewer and fewer selections yield impactful MLS players.

Austin FC hopes Daniel Pereira, chosen with the No. 1 pick out of Virginia Tech, bucks the trend. Pereira is a well-rounded central midfielder who gravitates to the ball and can be deadly with it off the pass or the shot, to the tune of six goals and six assists in 26 matches as a Hokie. He emigrated with his family to the U.S. in 2015 to seek asylum from economic devastation in his native Venezuela, and this year signed as one of five Generation Adidas players, which gives standout college underclassmen the ability to enter MLS early.

Pereira said he was surprised to go first overall, mainly due to the widespread assumption that Austin would take Clemson midfielder and fellow Generation Adidas player Philip Mayaka with the top pick. Head coach Josh Wolff praised Pereira’s technical ability and suggested the 20-year-old could compete for playing time early as he develops his body to meet the physical demands of MLS. “[Pereira] has very good soccer I.Q. and soccer acumen, meaning he can find passes, he connects the game very well, and it looks effortless at times,” Wolff said. In a post-draft Q&A on MLS’s Instagram page, Pereira cited Spanish maestro Andrés Iniesta as his on-field role model. For a creative-minded midfielder, that is a good sign.

Austin also selected center back Freddy Kleemann from Washington and left back Aiden Stanley from the USL Championship later in the first round. Both players offer defensive depth to the inaugural roster. Midfielder Daniel Steedman and goalkeeper Noah Lawrence rounded out Austin’s draft haul in the later rounds.

On Friday, Austin FC signed veteran forward Kekuta Manneh to bolster the club’s attacking depth. It’s a homecoming of sorts for Manneh. Astute Austin soccer fans might remember the Gambia native from his 2012 season with the Austin AzTex USL team. Manneh also trained with Austin-based Lonestar Soccer Club as a youth player. “This city gave me everything when I first arrived in this country, and I cannot wait to come back,” Manneh said in a statement via the club.

On Monday, MLS announced that the 2021 season will begin April 3. Austin FC is expected to feature prominently in the opening weekend. With just under 10 weeks until then, Wolff said the club remains active in the international market and hopes to add two starters – one in attack and one in defense – before Austin FC takes the pitch inside newly minted Q2 Stadium. 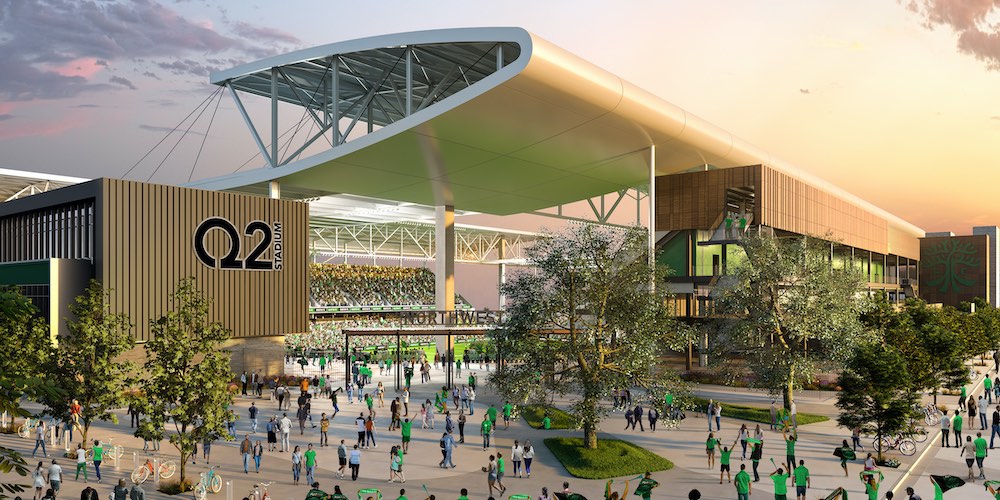 For more on Austin FC, pick up this week's issue, on stands and online Thursday.