International org sets down roots in ATX with new chapter 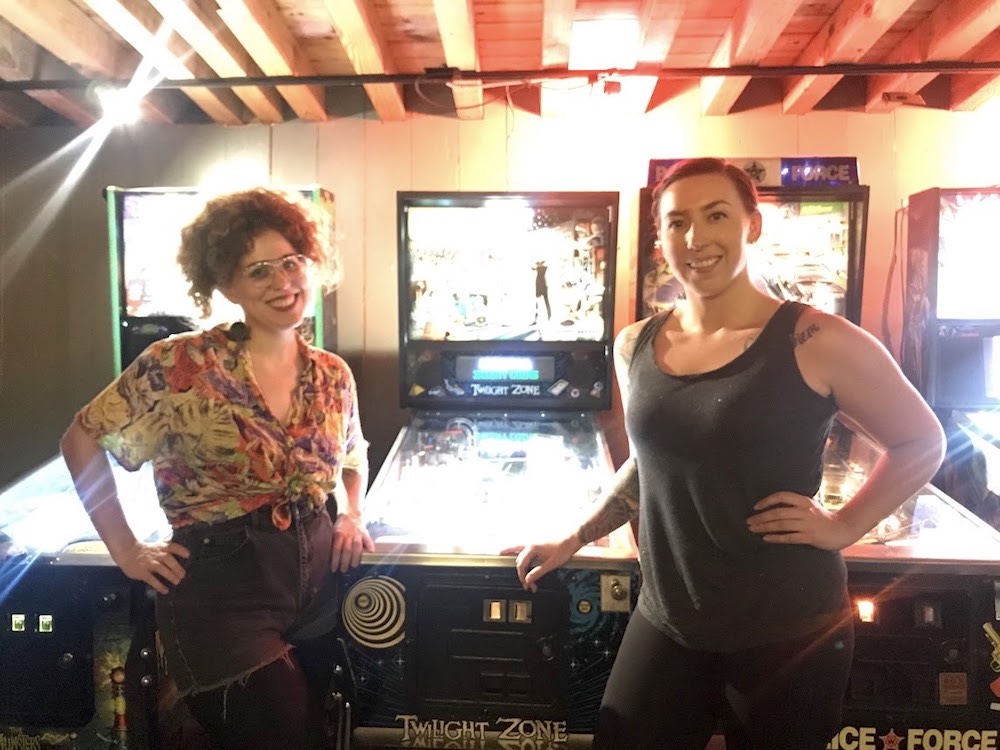 Coming a long way since the 1940s dark days of its misrepresentation as a gambling tool, pinball has been making a snappy comeback in recent years, and finally, an all-female pinball league is coming to Austin.

Established in 2013 in Oakland, California, Belles & Chimes is an international network of pinball leagues with locations as close as Houston, Texas and as far as Auckland, New Zealand. Friends and pinball enthusiasts Tracy Abrahams and Kelli Raisler founded the Austin chapter, throwing a kick-off party at Buffalo Billiards for fellow pinheads to drop by and get a glimpse of what Belles & Chimes is all about.

Raisler, who lived every child’s dream of growing up with a pinball machine in her house, officially delved head-first into the world of pinball last year when she attended the Texas Pinball Festival. It’s through pinball that she met longtime player Abrahams and soon after, the Austin chapter was born.

Sitting on the upstairs balcony at Buffalo Billiards at the kickoff party, the women recall the common experience of being some of the only female participants in 40-person tournaments, and it becomes clear, even to an outsider like me, that pinball is a male-dominated sport. “There are more and more women coming into it. For the most part everyone’s been really cool but sometimes you get some bad eggs. It’s nice to offer a safe space for female-identifying and nonbinary players,” says Abrahams when discussing her motivation behind establishing an all-female league. The first IFPA-sanctioned event will be on October 23, and everyone, from pinball masters to beginners, is welcome. “I hope that people can come here and just know that this is a free space to just exist and be themselves and have fun and not really feel judged,” says Raisler. “Sometimes it’s just nice to be with other women – they’re easy and fun to play with. It’s still competitive but not aggressively competitive.”

Pinball is more than merely pounding the flippers in the hopes of a lucky win – it takes coordination, focus, and an understanding of the machine itself. That is why Abrahams fell in love with the sport. “It was something that was tangible and tactile, as opposed to regular PlayStation games. I like it because it’s like you’re having a conversation with the machine.”

So whether you’re looking to reconnect with a long-lost passion or curious to begin a new hobby, Belles & Chimes welcomes you with open arms. Check out their Instagram and Facebook page to keep up with their most recent activity.