Class Axe Throwing Gets in on Austin's Edgiest New Trend

Become an axe-pert in the comfort of air conditioning

If you’ve been looking for a happy medium between enduring yet another bowling night and risking skydiving peril, axe-throwing offers you an adrenaline fix that won’t get you in trouble with your loved ones. 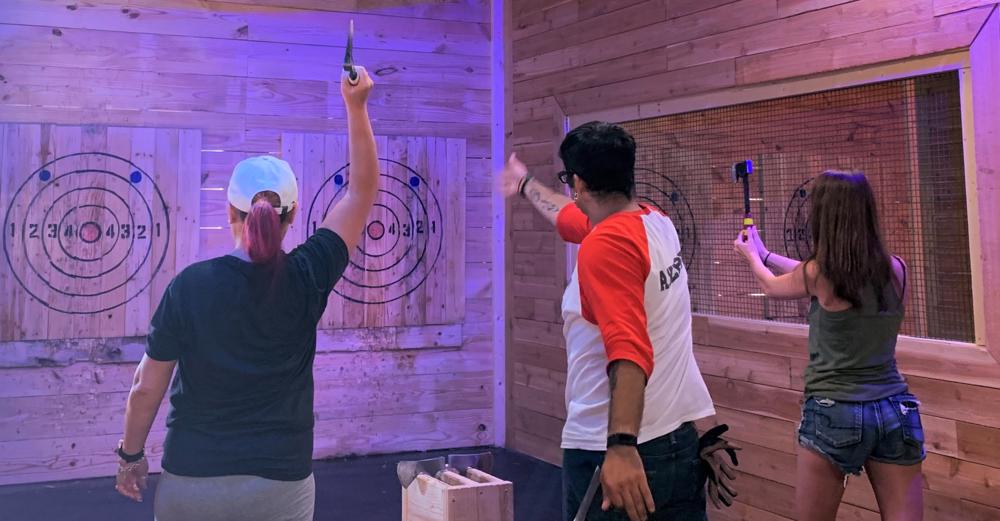 Class Axe Throwing (Photo by Katelyn Landry)
Austin welcomed Urban Axes in September 2017 as its first axe-throwing venue fully equipped with a strict 21+ policy and professional leagues – in a nutshell, kind of hardcore. Since then, the sport has trickled into local family entertainment venues like Epic Fun and High 5 Bowling. Recently I had the opportunity to visit Class Axe Throwing, the latest newcomer to the Austin axe-throwing scene. The indoor range is modest yet classy and promises fresh entertainment that’s surprisingly easier than it sounds.

I was directed to some nametags and told to come up with a lumberjack name. Surrounded by such clever names like “Axe”l Rose and Snoop Logg, I panicked trying to come up with an original lumber-related pun and ended up calling myself Natalie Wood. I realized too late that this particular movie star and her true crime tale may have been slightly obscure, so it probably seemed like I was just named Natalie and really uncreative. In hindsight, I wish I’d gone with Lizzie Borden.

I was the first person in my group summoned to a collection of axes and a heavily scarred wooden target. I was fully prepared to be embarrassed by my complete lack of strength and aim, especially once my 5’1” frame was standing next to a six-foot-something man who could’ve been an actual lumberjack for all I know. 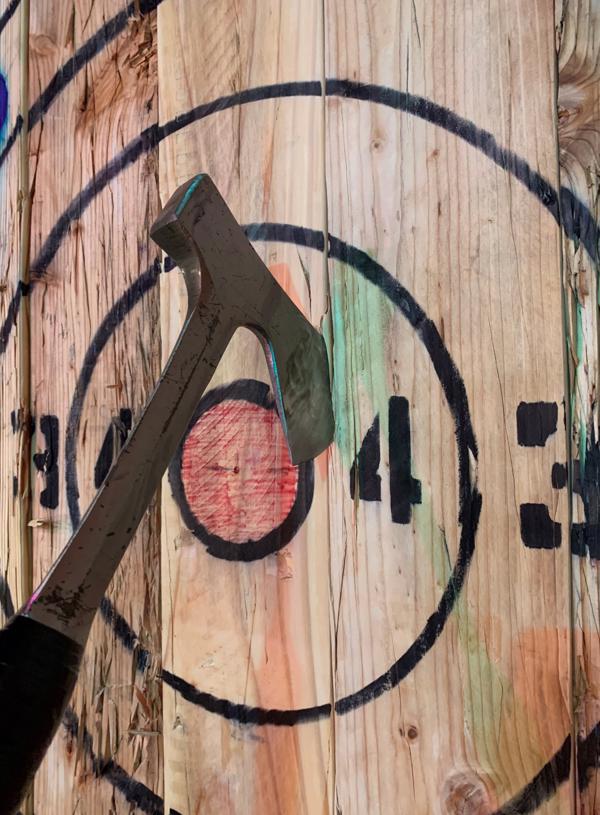 However, my anxieties were steadily extinguished by the instructor, whom I only came to know by his alias Woody Nailson. He instructed us on posture and grip in detail and encouraged us that although we took half a dozen tries to even hit the target, we were more than capable of mastering the art. And as cliched as it may be to suggest visualizing someone you hate, this advice from Woody landed me the first bull's-eye of the night.

Once the entire team attacked the targets and made their inaugural wounds in the wood, instructor Nailson coaxed us into competition with a few point-based games. Despite being total strangers, chucking hatchets together is a surprisingly effective way to bond. When you book a slot during public throwing hours, be prepared to also bond with some new friends and/or foes since you’ll be grouped with other visitors to form teams of up to a dozen people per range.

Class Axe is not only the newest addition to Austin’s growing axe-throwing arena but also the most age-inclusive, allowing participants 12 years and older to throw (minors need parental consent and supervision). Aspiring “axe”perts are encouraged to bring their own snacks and those of age may take advantage of Class Axe’s BYOB policy. Although alcohol may intuitively seem dangerously incompatible with hurling sharp tools across a room, the venue assures that no tom(ahawk)foolery will be tolerated, meaning anyone who appears intoxicated won’t be allowed to throw.

If you’re already beginning to fantasize about pitting your coworkers against each other in classy barbarism, Class Axe has got you covered with group rates for corporate team-building events. For more information on the rates and rules of the range, visit www.classaxethrowing.com/austin. 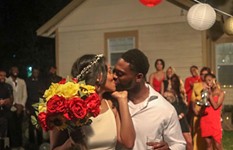 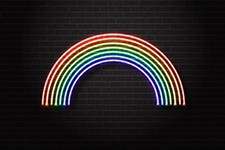