Austin FC Is the Hottest Ticket in Major League Soccer 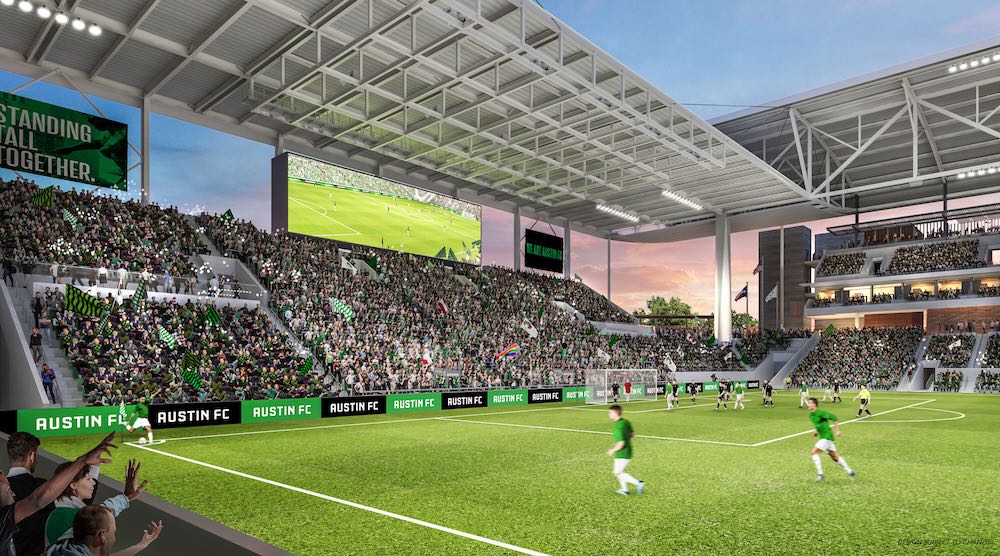 This could be you: Artist rendering of the new stadium (see you in 2021)

Austin FC announced today that in its first day of season ticket pre-sales, it secured deposits totaling over 30,000 seats for its yet-to-be-built 20,500-seat soccer stadium at McKalla Place in North Austin.

Yes, the math doesn’t work out, but an FAQ reassures us that it is “customary for major league teams, irrespective of the sport, to collect deposits for more seats than the actual stadium seating capacity when opening a new stadium.”

The run on seats for Austin FC’s inaugural season in 2021 apparently broke an MLS record for largest number of season membership deposits placed in a single day in the league’s history. But don’t worry, you didn’t miss the boat: Deposits can still be placed for season ticket membership, which includes regular season matches and member-only perks.