The lost preview and short review of the season, so far

As one of Steve Patterson’s few accomplishments during his tenure at Texas, the hiring of Shaka Smart represents a shake-up at Texas. 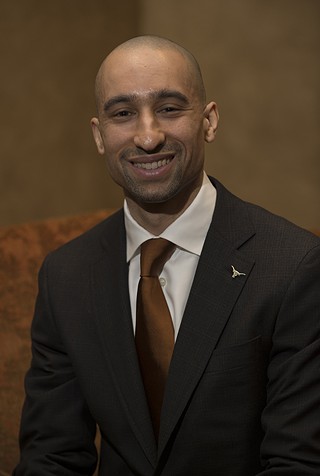 Though not a seismic shift on the level of Charlie Strong’s arrival, Smart – finally ready and willing to make his long-awaited jump into a Power 5 conference – has the talent and force-of-nature attitude, though more cyclonic to Strong’s irresistible-force demeanor.

For a Texas program recently on the downturn, Smart provides a jolt of youthful energy. Rick Barnes, who’d been a frog in a pot of water for a few years, looked tired during the last season of his tenure, one that included a Final Four and cultivation of several top-end NBA talents.

However, the talent mill, while still running, clearly wasn’t producing at optimum levels like before. Indiana Pacers F/C Myles Turner’s NBA potential notwithstanding, the Aldridges and Durants were no longer as interested in Texas.

For example, though never stepping foot on the court for Larry Brown’s SMU team, current Denver Nuggets rookie point guard Emmanuel Mudiay never considered Texas as an legitimate option. There were two Harrisons, and Barnes could land neither. No Kelly Oubre, Julius Randle, or Justise Winslow.

This may be part tiredness, but it could also be situational timing, and a slight reticence toward an all-out pursuit of the Calipari/Kentucky model. Hell, even Mike Krzyzewski has pulled Duke into this microwave modern age with one-and-done players.

For his part, Smart has already recruited talent – guards Snoop Roach, Eric Davis Jr., and Tevin Mack – and has more on the way, having received commitments from James Banks (an athletic, ideally suited face-up center) and guard Jacob Young.

The team will likely be playing to win on the court, and their place in Smart’s heart going forward. Smart’s much-lauded Havoc is as much a philosophy as a defensive system. It isn’t just about ball pressure and getting steals.

Havoc requires a team of feral, opportunistic pit bulls moving together as a single organism. The “double fist” – a full court press, meant to create steal opportunities and run the opposition into hurried offensive sets – will ask a lot of Texas’ less laterally skilled players. (Size for Smart’s system, while usually a virtue, isn’t a necessary asset, unless it’s unusually skilled.)

Working for them is the new shot clock, reduced from 35 to 30 seconds. In theory, the reduction in time possession should help make Havoc a soul-crushing nightmare for coaches who utilize time-consuming play calls to initiate offense, even with talented guards. Consistently rushed sets usually mean tougher, contested shots, and lower second-chance opportunities because of positional dysfunction.

In the course of this season, Smart will have to discover who his ravenous vipers actually are, and how realistic Havoc is in conferences with stronger, better-coached, and more athletic ball handlers. With all due respect to a good Atlantic 10, there’s no Duquesne, Rhode Island, or La Salle in the Big 12.

Helping the cause is Texas’s talented and experienced backcourt, including future draft pick Isaiah Taylor, Javan Felix, and freshmen Roach and Davis. The latter two are better built for Smart’s system, but aren’t ready to supplant Taylor.

The frontcourt will be a somewhat of a limitation, mainly because Texas’ best bigs aren’t exactly end-to-end, pick-up-at-full (or half) court athletes. Shotblocker Cameron Ridley is a back to the basket monster. With a little more confidence, sharpshooting forward Connor Lammert could be the next (New Orleans Pelicans forward) Ryan Anderson.

This will require the guards and wings to pick up in greater space, with more regularity – at least for now. The first two games – in Shanghai vs. Washington and against an undermanned Texas A&M Corpus Christi – showed some of the current limitations, which were somewhat shored up in subsequent games.

Still, they are letting teams off the hook far too often. They must hold opponents to one shot every possession, which means cleaning up their offensive rebounding issues. (They were out offensive-rebounded by Corpus Christi by seven. Corpus Christi. That cannot happen.) The pressure isn't leading to the exorbitant amount of turnovers or rushed shots just yet.

In five games – including a rematch win over Washington – they are negative in turnover to assist ratio. They are shooting 39% from the field, 34% from three, and 63% from the charity stripe – the first two indicative of too many contested shots. Until they pass themselves into much easier buckets, it will be a tough row to hoe. They can’t afford to be inefficient on both sides of the court.

Still, it’s only five games. During this period of adjustment, they will surely struggle with the better teams, which is to be expected. However, Smart’s infectious enthusiasm for the process-to-result cycle will keep these young pups growing more competitive and increasingly thirsty for success.