Another Fastball for Hank Aaron

The great baseball player Hank Aaron once said he spent 23 years in Major League Baseball looking for the same pitch every at-bat: the breaking ball. “I never worried about the fastball,” he continued. “They couldn’t throw it past me.” 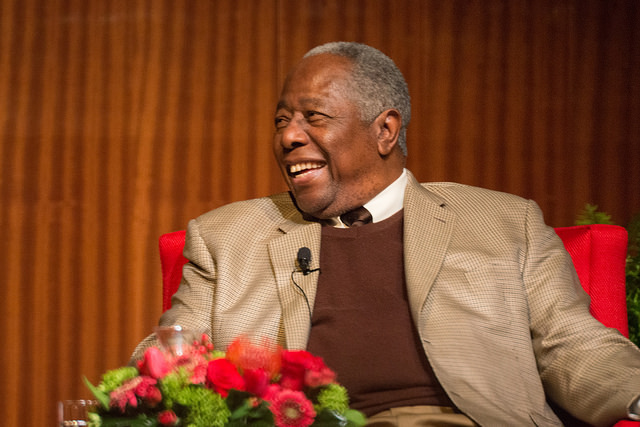 39 years after retirement, the Hall of Famer can still handle anything pitched to him that fails to curve or sway.

Aaron, 80, was in Austin Thursday to speak at the Tom Johnson Lecture Series on campus, which meant everybody in the house was either a baseball nut or UT student who had to attend the lecture for class credit. Organizers tabbed Augie Garrido, the Longhorns’ legendary baseball coach, for introductions and displayed an image of Aaron’s iconic after-swing as the radio broadcast from his historic 715th home rang out over the loudspeakers. No. 44 sat down alongside LBJ Presidential Library director Mark Updegrove and knocked a cast of cookie cutter questions out of the proverbial park.

Aaron still speaks with the same strength and wit he possessed throughout his younger years, when he played central to Major League Baseball’s corner of the Civil Rights struggle. Thursday evening, he needed all the guile that he could muster. With an hourlong session that asked he essentially detail every relevant them from from his modest childhood (on a farm in Mobile, Ala.) to decorated senior citizenry (he’s currently Senior VP for the Atlanta Braves), Aaron had to personally instill the conversation with all its intimate detail.

He discussed about his playing days; the oppression he faced (both institutionally and from the fans) in the early 1970s as he closed in on Babe Ruth’s long-held home run record; and waxed rather frankly about the players who used steroids to rack up big numbers in the 1990s and 200s (“I think they should be forgotten about”). He briefly addressed modern race relations, equating them to one-time Austinite Jackie Robinson’s old parable – “I just want the playing field to be level.” – and had some fun over the role his wife, Billye, played in finally getting his Chasing the Dream Foundation off and running.

No doubt the highlight was hearing him talk about the first time he received a big payment – $8,000 for winning a World Series – and the way he took the money to his home, laid the money on his bed, and gawked at it from afar.

But there was a certain hollowness to the conversation, a concern that arose through Updegrove’s too-broad questioning. The time spent asking Aaron – who said he focused on “having good seasons” over his actual pursuit of the home run record – whether he knew his 715th home run was gone the moment he hit it could have been spent prying into questions concerning the dwindling population of African-American baseball players, or ways in which the sport can modernize without losing its central focus.

It’s a hard line to walk at a university discussion attended by so many, but Aaron always been about so much more than that one record. Talking about that one swing has become a fastball down the middle. 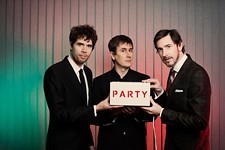