Total Divas in Action (by Will Eidam)

Tuesday night, for the second time in five months, WWE Raw graced Austin with its pageantry of wrestling entertainment at the Frank Erwin Center. Austinites returned the favor by being the same reliably active crowd it’d been in the past, even if Christmas was a bit of a downer for everyone. Please allow me to explain what I mean.

In an unlikely scenario, WWE’s flagship show, “Monday Night Raw,” which normally airs live (on, you guessed it, Mondays), taped its upcoming Christmas show to air Dec. 23 six days early, since even wrestlers like to get home to their families. I’ll avoid specific spoilers for those who’ll wait to watch on Monday, but here were a few Austin-related highlights from the show.

Vickie! Vickie!: More surprising than a few heels winning clean matches, notorious villain and harpy shrew Vickie Guerrero got some good love from the Austin crowd during the six-on-six divas tag match. Impressive, considering this is the same crowd that, back in 2010, spent 3 full minutes booing her so ferociously that Guerrero couldn’t get a word out on the mic.

How To Win A Crowd: Hook ‘Em: From Silsbee, TX native, Mark Henry to crowd panderer hero-to-every-six-year-old John Cena, every good guy in the arena put the iconic “”Hook ’Em Horns” hands up in an effort to gain support. Not that Tuesday was a complete lovefest: The ever-intelligent Longhorn crowd remembered Jack Swagger’s actually a former Oklahoma All-American and threw in a few “OU Sucks” chants chants or good measure.

How to Lose A Crowd: Call Austin “Houston”: Traveling across the country over 280 days a year can be tough. You get tired, sleep deprived. Sometimes it gets so bad you forget where you are. Such was the case for good guy Darren Young, one half of the Prime Time Players, who somehow addressed the crowd as Houston. Boos rained upon Young and kept him from being able to speak, and his partner had to finish the promo while Young profusely apologized. For a tag match that’s normally a time-filler (and a match you’re likely to fast forward through on the DVR), the duos match versus the Usos might have been the highlight of the night, with chants of “This is Austin” and “Houston Sucks” echoing throughout the building during their entire bout.

Christmas Is a Downer: After the taping was over, Cena acknowledged to the crowd that, while impressive, Austin’s participation was a little weaker than it had been in the past. I’ll blame the Christmas-themed episode that subjected the crowd to slow developing, and ultimately boring, matches: The “Battle for Christmas” match pitting Bad Santa against Good Santa, complete with a toilet in the ring, as well a “Christmas Carol Sing Off” were both ultimately good opportunities for bathroom breaks. Christmas episodes are notorious for sacrificing storylines and good technical wrestling for family friendly shenanigans and, this year’s episode was no different. It will be a Christmas miracle if I can get the Great Kahli singing “Deck The Halls” out of my head by next week. 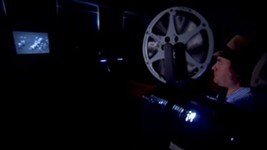