Texas State’s History in the Making

Fill Bobcat stadium and get the bowl game – starting Saturday 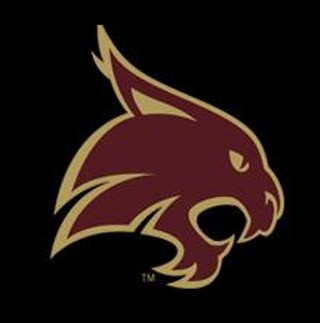 The big prize has Texas State salivating. There have been wins this season – six in all. Not enough for a conference title, but enough for a modicum of respect. Perhaps a bowl game. Pretty please?

The public relations push is on: Fill the stadium for the final home game Saturday at 6pm against Western Kentucky. The Texas State football team’s website urges: “We must pack Bobcat Stadium. History in the Making! Don’t miss it!”

The San Marcos City Council passed a resolution of support. Perky student government Prez Vanessa Cortez sent an email out seeking warm stadium bodies. On the Associated Student Government website she rakes in credit: “Over the years, ASG has been responsible for initiatives such as the university’s name change, moving to a Division 1 Athletics program, and bringing a Starbucks to the LBJ Student Center. Each year, ASG administrations have different initiatives that they focus on to change Texas State University for the better.”

This week the goal is more than a cup of overpriced coffee. It’s to fill the stadium. Full stadiums equal bowl invitations, the thinking goes. It’s something I’ve sort of written about this season in this spot. Some saw it as puffery when I said this is a good team (it is) that rates a few more fans of the non-fair-weather variety. My point has been that it’s time for the area media to quit lumping them in with tiny programs and realize this team representing one of the largest university student bodies in Texas at 35,000+ has clawed its way up to Big Time Football. It’s time for alumni to do the same and replace those Aggie and Longhorn T-shirts.

Note that it’s not a great team. The Bobcats played strong against a better Arkansas State team for a 21-21 halftime tie last week. But they never scored again and the Red Wolves pounded out 328 yards on the ground en route to a 38-21 victory. Earlier in the season, Texas State was pounded by the Louisiana State Ragin Cajuns – a really, really good team – and played respectably in a Texas Tech loss. The walloping the Bobcats put on Wyoming remains the season standout and the win that raised expectations that have since been tamped. No, the Bobcats aren’t a great team, but with freshman QB Tyler Jones learning quickly, a solid running tandem of Robert Lowe and Chris Nutall and a defense that has shown an ability to tackle, they are good enough.

Does a huge Bobcat Stadium crowd Saturday assure the Bobcats of a bowl game? No, but a win over Western Kentucky might. The Hilltoppers have beaten Kentucky and both Army and Navy. Like Texas State with Dennis Franchione, they’ve got an experienced head coach in Bobby Petrino. Both teams are 6-4 and bowl eligible. It’s a good matchup.

The negatives for the Bobcats? The Hilltopper defense is stout and they’ve got a solid running game via Antonio Andrews. The positive? Western Kentucky is 1-4 on the road. So maybe that big Bobcat Stadium crowd – if it shows – can help Texas State by extending its home field advantage and getting the Bobcats one step closer to a bowl game. They’ll have one last game remaining on the road at Troy, but by then the die will be cast. Win this week and the Bobcats can start making reservations for the Beef ‘O’Brady’s Bowl.

You’ve got to start somewhere.