Steve Sexton: No pit pass for him at COTA any more

Barely had the last bubble in the Veuve Clicquot popped at the United States Grand Prix than a big departure comes out of the Circuit of the Americas: CEO Steve Sexton is leaving to spend more time with his family.

The timing, and the seeming abruptness of Sexton's departure, will inevitably raise eyebrows. He joined the circuit's management in Feb. 2011 as president and CEO. A horse racing man by trade, prior to moving to Austin he had worked at Arlington Park and Lone Star Park in Grand Prairie, before spending nine years in various positions at Churchill Downs.

In a statement, Sexton called his exit "a tough decision for me to make, but the timing is right." To explain, he added, "The enormous effort required to build and launch an internationally renowned company in a matter of months has left little time for anything but work. I’m looking forward to taking a break and spending time with my family who sacrificed a lot while we were fully focused on opening the circuit and putting COTA on a path for long-term success."

This is arguably the second biggest exit in the history of the track – the first being the ugly and litigious departure of Tavo Hellmund. The progenitor of the track, he was forced out in 2012 and finally settled out of court with the track's chief investors, Red McCombs and Bobbie Epstein. 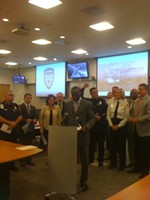 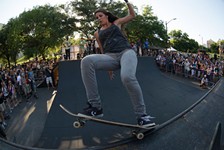