Less than 24 hours after UT’s disgraceful 40-21 road loss to the Brigham Young Cougars, the longstanding head coach announced he'd canned defensive coordinator Manny Diaz. The third-year coach's firing marked the end of a truly forgettable era, one typified by last year's abysmal defensive unit, which set a school record for most yards allowed per game, and Saturday's smackdown at the hands of BYU – an effort that saw the Longhorns give up a jaw dropping 679 total yards, the second most yards a UT team has surrendered in the program's 121-year history.

So it’s now out with the old and in with the older, as former Longhorn defensive coordinator Greg Robinson starts prepping for Ole Miss this week. The 61-year-old presided over the 2004 UT defense, and, prior to his promotion, served as a quality control evaluator for the team.

Congratulations on your appointment, Coach Robinson. Let’s take a look back at the contest that earned you the opportunity.

BYU quarterback Taysom Hill evoked memories of Longhorn legend Vince Young Saturday, racking up 259 yards on the ground against a confused, ill-prepared, and poor-tackling Texas defense that flushed Longhorn faith in a flash.

Hill ran for only 378 yards in his seven starts before an ACL injury cut his 2012 season short, but Saturday, with the help of Cougar running backs Jamaal Williams (30 carries, 182 yards) and Paul Lasike (15 carries, 87 yards), the sophomore QB left Texas with an unenviable school record of 550 rushing yards allowed.

Offensively, the Longhorns looked meek against a rabid BYU defense that returned five starters from last season’s third-ranked unit. One such fixture was All-American linebacker Kyle Van Noy, who returned for his senior season despite being projected as a potential first round draft pick. Van Noy and his cohorts pushed around UT’s offensive-line, hurrying and harrying Longhorn quarterback David Ash into a monotony of fruitless checkdowns and dump-offs that BYU seemed happy to give up.

The Cougar defense prevented Texas from ever formulating any kind of offensive rhythm. Quarterback David Ash’s first three series fizzled with three-and-outs before registering a touchdown on the fourth. Two of UT’s three scores, all touchdowns, came on long corner-of-the-end-zone passes to Mike Davis.

Texas had leads in the first half of 7-3 and 14-10 before BYU scored 17 unanswered points to shut down the half, thus saddling the Longhorns with their second 13-point halftime deficit to the Cougars in three seasons.

The first occurrence, in Austin in 2011, culminated with a UT rally to lock up a 17-16 Longhorn victory, one best remembered for its functioning as embattled quarterback Garrett Gilbert’s unceremonious handover of the torch to David Ash – and, temporarily, Case McCoy. But that was 2011, a year in which Texas’ defense actually carried some mojo. Today’s iteration maintains too much residue from last season’s historically woeful squad, and a blooper reel of missed tackles and missed assignments sabotaged any hope of Longhorn victory.

BYU dominated the football throughout the first half, running 59 plays to Texas’ 35. The Longhorn defense couldn’t smother Hill’s read-option scrambles and get off the field, and the Cougars dispensed a whopping 99 plays by game’s end.

The 40-21 result snapped UT’s 13-game non-conference road winning streak and also ended BYU’s six-game losing streak against Top 25 teams. Worse yet is that it knocks the Longhorns, a team that came into the season with serious BCS bowl game aspirations, right out of the Top 25.

Which leaves us to wonder what is going to happen with Mack Brown. 2013 was supposed to be a year of redemption, of rising from the ash heaps. Brown’s been speaking of a reclamation for months, and a lot of us bought into it. His team now looks glaringly more reminiscent of 2010’s 5-7 group than 2005’s champions. One more mediocre season and Brown might want to start hanging on for dear life himself. Wouldn’t either Andrew Luck, Robert Griffin III, Johnny Manziel, or perhaps Jameis Winston have been enough to avoid or mitigate this recent downturn? Excuse me for piling on.

Although the cretinous Vegas odds makers, who gave Texas a seven-point edge over BYU, the local and national sporting press, and Longhorns themselves knew the gravity of the challenge at hand, no one forecasted that mess. UT was supposed to be back, remember?

They’re back, alright. Clear on back to 2012 – unless Robinson can overhaul a broken defense. 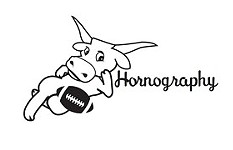 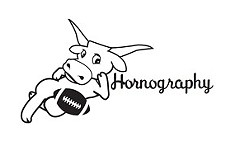 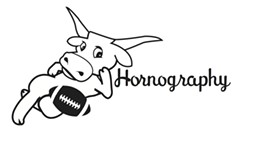