Houston needs a fresh look for its old arena; we've got a few ideas 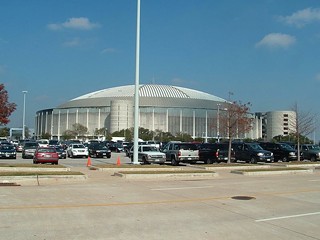 Crowned the “eighth wonder of the world” upon its establishment in 1965, Houston’s mighty Astrodome now stands as a relic of middling architecture, a vast, nine-acre sign of the apocalypse that hasn’t held a tenant in 10 years.

Such silence seems set to change, however, as news broke this summer that the Astrodome, which, for all those years between 1965 and 1999, played host to not only the Houston Astros but also the Oilers, Cougars (NCAA), and Gamblers (USFL), is set to undergo some sort of magical facelift, a turn of events that not-so-coincidentally coincides with the National Trust for Historic Preservation naming the dome as one of the 11 most endangered historic places in the country.

Currently, the Harris County Sports and Convention Corporation, the body that governs what goes on with all the athletic buildings and complexes within Harris County, the county that houses most of Houston metropolitan, is toying with the idea for something called the New Dome Experience, a mixed-use entertainment center designed to complement the whole experience had by those attending events at Reliant Stadium, the state-of-the-art retractable-roof stadium that took the Astrodome’s place. Preservation Nation estimates that renovation could run the county up as much as $194 million; we happen to think there are a few simpler ways to refine the relic.

Fortunately, the good people at the Architect’s Newspaper’s new Southwest edition do, too – so much so, in fact, that they’ve opened up a contest that will consider alternative design options.

For the next two weeks, the publication hosts an Astrodome Reuse Design Ideas Competition, an open-ended invitation to all artists, designers, students, and enthusiasts to propose alternative ideas for how to best use the 140,000 contiguous square feet.

Surely there will be a series of good ideas. We just happen to think ours will work better. Below, behold the Chronicle’s official list of endorsements for the next phase of the Astrodome’s fate.

National Air and Space Museum. Obvious, but practical. The thing’s called the Astrodome, after all. And we need a place to hang Buzz Aldrin’s hat.

Enron History Museum. Perhaps you’ll remember that Minute Maid Park, the current ballpark occupied by the Astros, was originally known as Enron Field, a name it held for all of 22 months while Enron, the Houston-based energy and financial trading company, declared bankruptcy in 2001. That company’s now a punchline, an infamous example of greed gone awry, but it deserves some type of memorial, and, you know, the Astrodome’s just sitting there!

One of those Sim City Acropoli. Remember those giant building towns from Sim City 2000 that offered housing, commercial real estate, and some weird type of indoor park setting for around $165 million? That’s still $30 million less than what the Harris County Sports and Convention Corporation has proposed, and this way we’ll finally get to see life imitate video game art.

Cash in on the Hunger Games craze by holding large scale death matches inside. Everybody always said that arenas were the new coliseums, right?

Invert the dome, fill it with water, rename the building “Titanic: the Ride,” charge $50 a head. That’s still more entertaining than watching David Carr try to elude oncoming linebackers for all those years.

Reserve the ruin as a barren, soulless baseball field. Cast an iteration of the woeful 2012 Astros to play within its miserable, underperforming walls forever.

Hire 1980s conceptual artist Christo to wrap the dome in white plastic. Pass a city ordinance agreeing that it will never be mentioned again.

The AggreGAYtor: November 8
What happened today in gay? Here's your QILTBAG recap of queer news. 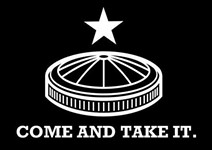 A Wonder No More
Voters reject plan to save Astrodome