Austin Gets the X Games

The Olympics of extreme sports visits Circuit of the Americas X Games come to the ATX: Over 1,000 extreme sports supporters gathered at the Capitol last month to support Austin's bid to host the sporting event. (Photo by Sandy Carson)

Sorry, Second City. Bad luck, Motor City. And apologies to the QC. Austin has beaten the competition to become the new US home to the Global X Games. Starting in 2014, the Olympics of extreme sports will be held at the Circuit of the Americas for the next four years.

The zenith of extreme sports, the Summer X Games include motocross, rallycross, skateboarding, BMX and mountain bike events. Founded in 1995, the US event has been held in Los Angeles since 2003. It's also getting bigger: After adding the Winter X Games in 1997, Asia in 1998 and Europe in 2010, this year the series expanded to six events.

Austin takes LA's slot after its 11 year run, but moves in the calendar from the usual US dates in July to May 15-18. Because, you know, no-one wants to skate in 105 degrees. The bulk of the events will be held at the purpose-built COTA circuit in South-East Travis County, but the organizers are mulling using Downtown Austin as a satellite site.

In a statement this morning, Scott Guglielmino, senior vice president of ESPN programming and X Games said he was "incredibly excited" to team up with COTA and the city. “We believe that Bobby Epstein, his team and the fantastic Circuit of The Americas facility provide a unique opportunity to grow the X Games in a new region of the country and in a city that has a proven track record of embracing big events. Throughout the site selection process we were very fortunate to have great interest from Chicago, Charlotte and Detroit. Ultimately, the combination of resources, support and fit brought us to Austin and we couldn't be happier."

Austin beat out bids from Chicago, Detroit and Charlotte, North Carolina. Mayor Lee Leffingwell commiserated and commended the three rivals "for their excellent campaigns and a hard-fought competition." However, there was also time for a little home town gloating. He said, "The X Games celebrate fitness, courage and individuality – traits greatly valued by our community – and we look forward to showing the world all of the wonderful things Austin has to offer"

This is a big leap for Austin as an extreme sports city after a series of major steps. The city opened its first purpose-built Skate and BMX Park on Shoal Creek in 2011, and finally adopted the unofficial BMX tracks at Duncan Park. Plus, anyone looking forward to the X Games can warm up with the annual Texas Toast Jam, held this year Oct. 18-20.

Find more info at www.xgamesaustin.com, and keep checking back at www.austinchronicle.com/sports for regular updates.

No Badge? No Sweat.
Enjoy X Games Austin in your underwear with this TV viewing guide 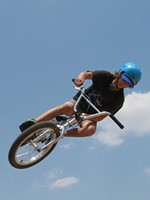 Up in the Air, Down in the Dust
Photogallery from this weekend's Texas Toast Jam 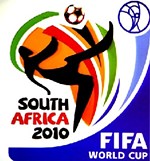 The Sunday Survey, 6/27/10
Dems on holiday, GOP shenanigans, and a monster council session