'The Voice in My Head': Requiem for a Dream Season 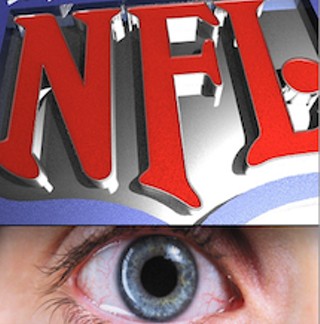 Most revelers from Super Bowl weekend in New Orleans have returned to the rat race – although some are still MIA. The media circus folded-up the big top and departed the Crescent City in one tiny satellite truck, and Mom and Dad treated John to the Audubon Butterfly Garden and Insectarium while Jim was banished to the hot car to think about what he’d done.

A bonanza of dramatic and unprecedented storylines precipitated the Big Game down Cajun way. For once in modern Super Bowl history, there may not have been enough pregame gasbaggery to fully contextualize the event.

For instance: The next time we’ll get brothers coaching against each other in the Super Bowl it’ll be called “Any Given Super Baugh,” written and directed by the incomparable Oliver Stone – with Bradley Cooper having too many Baughs in the air, portraying both in warring black hats.

Based on true events.

New Orleans hosted 10 Super Bowls between 1970 and 2002, and we rightly celebrate any time the city reclaims a piece of its pre-Katrina identity. Big-time sporting events like the Final Four and college football’s National Championship game are as integral to the city as lost souls on the lamb from the suffocation of vocational, marital, and paternal responsibility.

Some in the Big Easy may still have their tabs open, but is it too soon to toast 2012-13 as the best season ever?

Last year’s once-in-a-generation cluster-Luck of Andrew, Robert, Russell, and Colin portends to outshine the vaunted 1983 rookie quarterback class of Elway, Marino, and Kelly – who collectively amassed 10 Super Bowl appearances but only two Denver championships in the late '90s. 2012’s stable of young gunslingers yielded historic preliminary results in a league largely hostile and daunting to newcomers. Each captained their teams to the playoffs, and Red 7 just became the first rookie QB to start on Super Sunday.

Hopefully we’re not fully desensitized to the marvel of Peyton Manning in his hot new colors, lest we lose perspective of how infrequently a Hall of Fame quarterback winds up elsewhere to prove he’s still got it: see Joe Montana in Kansas City, or Brett Favre in New York and Minnesota.

Manning’s comeback story in 2012 was dwarfed only by Minnesota’s Adrian Peterson, who fell a meager seven yards shy of the NFL’s single-season rushing record after being felled by a torn ACL and MCL late in 2011. Yes, Manning and his four neck surgeries were formally named the league’s “Comeback Player of the Year,” but the honor instead savors of honorable mention because Peterson – a rehabilitated man himself – took home the MVP.

2012 wasn’t just any other year: It was one for the ages. It was a Deep South delicacy featuring the most succulent jumbo Gulf shrimp you ever tasted. That’s a very well meaning metaphor, I assure you.

Too bad Ray Lewis and his freak flag were the final ingredients – I ate around them with merriment.