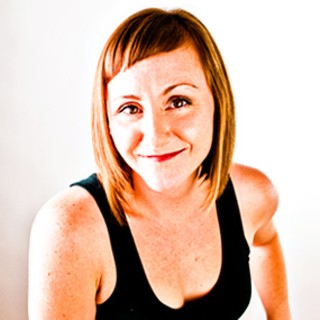 Sinnerfold: Best of the Texas Rollergirls, on and off the track

The Whammies are a night to celebrate everything that makes the Texas Rollergirls what they are: This year's awards, given out on Jan. 19, continued that tradition. And, honest to say, it would be hard to think of many people that more embody the 'by the skaters, for the skaters' ethos that symbolizes the league at its best. Aside from working her ass off to help the Hell Marys become the 2012 champions, Sinnerfold (aka Aimee Blase of Blase Design) has worked hard behind the scenes as chief communications officer to create a PR offensive and publicity campaign that the ever-growing league deserves.

The night also included a special and well-deserved tribute to Punk Rock Phil and Dagger Deb, the winningest and arguably most respected coaches in the history of the sport. Not just the Texas league, but the sport. Aside from all the titles they have helped teams win, and all the skaters they have helped reach their potential, they proved one thing that has shaped Roller Derby: The right coach can make all the difference. But, with their trademark humility, Phil put it all on the skaters. 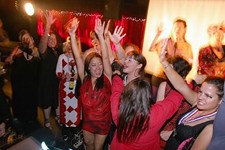