'The Voice in My Head': A Super Bowl for the Birds?

The birdbrains of Maryland and Georgia are an obscure nondescript folk 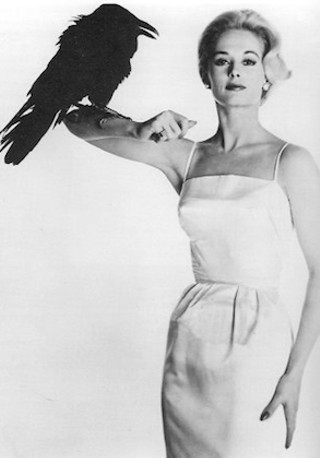 Of the four NFL cities still holding out hope for a Super Bowl championship, the “Massholes” are again the safe bet. We know these Massholes all too well: they’re cocky, quarrelsome, and screamed point-blank in our daughter’s face once – making us all very sad.

But little is known about the character or composition of Ravens and Falcons fans. These mysteriosos don’t stand out with unique traditions a la the cheeseheads in Green Bay, Cleveland’s “Dawg Pound,” or the rampant juggalo motif of Oakland’s “Black Hole.” The birdbrains of Maryland and Georgia are an obscure, nondescript people nobody considers, and therefore, cares about: Like those mush-mouthed survivalists making their own squirrel jerky out by the abandoned rail yard.

With only one championship between them, a Ravens/Falcons Super Bowl would super bore Bourbon Street, Sixth Street, and Main Street in one fell swoop: a Joe Flacco and Matt Ryan face-off blaspheming the holiest of our Sabbaths. Were it not for America’s annual, ritualistic rampage of gorging on meat like Viking battleship commanders, cry-for-help binge drinking, and high-stakes flesh gambling, the day would be lost; albeit not for dog lovers.

Then a Puppy Bowl Sunday it will be: with my precious little pooches Spay Lewis, Anquan Boldin Retriever, Terrier Suggs, Michael Turner and Hooch, and Julio Bones.

Like last year, the “Har-Bowl” is again in play – and again, Baltimore’s John is tasked with surmounting the insurmountable in Foxboro – but New England vs. San Francisco remains 2013’s coveted matchup. Not only for that special East-meets-West flavor, but because of the hallowed emblems doing battle, and how the outcome will either enhance or detract from the Patriot legacy – particularly those of their quarterback and his cryptic, unwashed head coach.

The 49ers would bring a revivalist, back-from-the-dead mystique to New Orleans that would conjure the team’s golden age of the '80s and early '90s – resurrecting the great names: Walsh, Montana, Rice, Lott, and Young. They’d also come led by a versatile rookie quarterback not named Luck, Griffin, or Wilson. The first rookie quarterback to start a Super Bowl is a Hotlanta minute away from being San Francisco’s Colin Kaepernick – who replaced the team’s old-hand at quarterback, Alex Smith, in Week 10 due to a concussion the veteran sustained the previous week.

A bitter pill for the former No. 1 overall pick.

The feat of getting San Francisco a sixth – and long awaited – championship would ensure the lionization of head coach Jim Harbaugh for years to come (not that he needs the encouragement). There would be a lot riding on a Patriots vs. 49ers Super Bowl. It’s theatre we just can’t miss.

The alternative of Ray Lewis going splat into Tony Gonzalez at midfield for the chance to finish on top isn’t a juicy proposition by comparison. A frenzy of birds zipping around like Kamikazes has its time and place: Bodega Bay, 1963, right smack into Tippi Hedren’s porcelain face.

[Editor's note: "The Voice in My Head" is a new weekly column from Chronicle sportswriter Russ Espinoza. Please do enjoy.]