Texas Rollergirls: End of an Era, Beginning of a New One 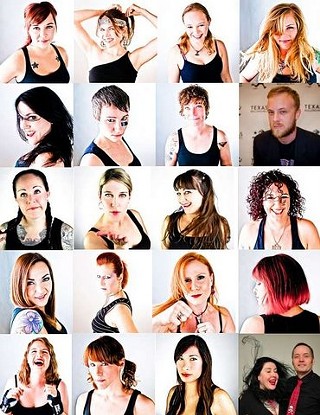 Teams change. Leagues change. Players come and go. But this year's draft and retirees for the Texas Rollergirls could be the biggest shake up the league has ever seen.

I'm left feeling a little bit like the reporters who had to cover Jim Thorpe's last time at bat for the Boston Braves. It will be great to see new faces on the bench, and there's a slew of fresh talents, many of them rec league alumni. There are also a few experienced transfers heading to town, like Fifi Nomenon from LA's Angel City Derby Girls, and Barbie Got Back, formerly of Illinois' Rockford Rage.

But it's going to be strange to see a Texas Rollergirls bout without Cheap Trixie or Curvette or Ryder Down or Vicious Van GoGo or Lady Stardust on the track. No more of RadioActive's cheerful grins or Dilla's cool approach to running the bench. No more Punk Rock Phil or Dagger Deb, the two most successful coaches in the history of flat track. No more of Belle Starr's shuffle and jive on the line. These are players who have defined the league and, in many ways, the sport.

And some teams will see more changes than others, especially with the newest rule change. Like many top-tier leagues, Texas will now allow players to elect to be travel-team only. Five players have elected to take that option (considering how much time training and prepping for home and travel play can be, who can blame them?) But that means the 2012 champions, the Hell Marys, will take to the track next year down six players and the core of their coaching roster. So no pressure on the newbies, I guess.

So farewell and hello, skaters new and old. May there always be fresh bearings on your wheels and Febreze for your wrist guards.

More info about the Texas Rollergirls at www.texasrollergirls.org, and follow all our Roller Derby coverage on The Score blog.