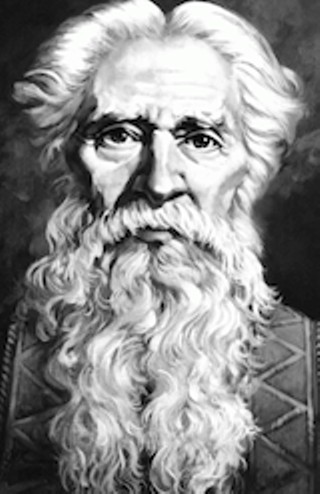 The Football Prophecies foretell the outcomes of each week’s slate of NFL games. Pigskin prophet, Russ Espinoza, acquired his clairvoyance at age 9 when he was conked on the head by an errant John Elway pass at Mile High Stadium in 1992.

He’s marveled friends and relations and played Vegas like a cheap fiddle with his otherworldly football foresight ever since. The prophet is pleased to share his gift with The Austin Chronicle.

Indianapolis at Chicago: Andrew Luck gets scared stiff on a vicious tandem sack by Chicago’s Julius Peppers and Brian Urlacher; the rookie quarterback is strapped to a gurney and carted off the field, scared like the dickens.

Philadelphia at Cleveland: Michael Vick hasn’t visited Cleveland’s “Dawg Pound” since his incarceration for trafficking in home dogfighting rings. Vigilante justice will be meted out when drunken Browns fan Gary Crisp charges Vick and sullies his cleats with piddle.

St. Louis at Detroit: Ford Field’s PA system goes berserk: Sticking into a holding pattern where the entire second half of Sunday’s contest is played beneath 37 straight scalding repetitions of Soundgarden’s “Face Pollution.”

Atlanta at Kansas City: Fox cameras pan the Arrowhead crowd in vain for a single Chiefs fan not bibbed or wet with barbecue sauce.

Jacksonville at Minnesota: Lacking the wealth of their contemporaries, the Jaguars putter into Minneapolis piled high into a Steinbeckian jalopy and begin chasing rumors of work in the area.

Washington at New Orleans: Soiled by the “Bountygate” scandal, the Saints defense secretly confers in a torch-lit underground dungeon before kickoff for “unspecified team-building exercises.”

Buffalo at New York Jets: Tim Tebow calls in a favor from God, who cashes in with the Prince of Darkness. Later, Mark Sanchez gets his neck broken in three places and swallows his tongue.

New England at Tennessee: Tom “hucks” it around the field as the illiterates of Nashville have no idea what I’m talking about.

Seattle at Arizona: Seattle’s 21-14 victory would’ve been more commanding had all 53 Seahawks not hosted Saturday Night Live the night before, with musical guest Coldplay.

San Francisco at Green Bay: Initially caught unawares, the 49ers file a complaint with the league office after game tape reveals the entirety of their road loss at Green Bay was played not with a regulation NFL football, but a wheel of muenster.

Carolina at Tampa Bay: Eerie how the sites of 2012’s political conventions square off in Week 1. Might the winner foretell November’s victor? Perhaps. I like the Panthers by 10 “make love, not wars” and a gay marriage.

Pittsburgh at Denver: In his Bronco debut, Peyton Manning astounds by eclipsing 300 passing yards and hurling three touchdowns; meanwhile getting Steelers coach Mike Tomlin to make the switch to DirecTV.

Cincinnati at Baltimore: Ray Lewis and the Ravens win one for the Gipper: Retired metallurgist Ray Gipper, 73, of Frederick, Md.

San Diego at Oakland: The Chargers win, 42-17, but Oakland gets the last laugh after running back Darren McFadden and guard Cooper Carlisle carjack San Diego’s team charter at knife point.