Why the Aggies Don't Have to Win to Win My Heart

In honor of the Texas A&M Arts and Humanities building scheduled to open this fall, I want to tell you a love story: In the autumn of 2010, that time of year an old friend calls, "the twinge," when intolerable heat gives way to the jet stream and we can all wear our jeans again, I fell for Aggie football in a way I hadn't since the days of Dat Nguyen.

On October 23, 2010, the Aggies devastated Kansas in a 45-10 win. The next week, they beat Oklahoma. And then … they kept winning. Starting with that October game against Kansas, the Aggies won six in a row before succumbing to LSU at the Cotton Bowl.

When 2011 came, both the AP and USA Today ranked the Aggies in their preseason Top 10 lists, and I was smitten. But then, after starting strong against SMU and Idaho, those same Aggies broke my heart. They teased me with stellar first-half performances, but lost close games with Oklahoma State, Arkansas, Missouri, Kansas State, and Texas – two of them in overtime. I won't even mention Oklahoma.

Like the heroine of a romantic narrative – Anna Karenina, Scarlett O'Hara, Princess Leia – I considered drastic measures. When the Aggies lost their last Big 12 game to Texas, I jumped in front of my own metaphorical train: I vowed never to watch a football game from kickoff to final whistle ever again.

But then, like any good suitor, the Aggies promised to change. The school moved to the SEC. Kevin Sumlin stepped in at head coach. A young hotshot in Johnny Manziel grabbed the QB reins from his more experienced teammate, and, good heroine that I am, I started to cave. I could watch while I performed some other, more edifying task, I thought. I could read a book. Maybe Pride and Prejudice.

My guard is still up, but I'm ready to talk. The Aggies don't have to win this week to win me back. Football is fun because every game, season, and team is its own narrative: an unpredictable unraveling of conflict, struggle, and ultimate end zone-dancing, fist-pumping, chest-bumping redemption. For years now, the Aggies have struggled through the longsome second act of a classic trilogy, the part where the hero suffers some setbacks, and it looks like all is lost.

But win or lose, I'll still cheer for them, as I would for any hero, so long as they respond heroically to adversity. I might even fall for them all over again. Here's what they have to do:

The Aggies have to make the 12th Man a factor against Florida if they want any love letters from me. I shouldn't have to ask; with the Aggies' season opener at Louisiana Tech postponed until October (what's that about distance and the heart?) and the student body aching with anticipation over the school's move to the SEC, the 12th Man's scorn will be palpable when the Gators jog onto the field September 8. If Florida coach Will Muschamp keeps jerking quarterbacks Jacoby Brisset and Jeff Driskel out of the game quarter by quarter (and I'm hoping he does), the frenzy at Kyle Field could rattle an offense already lacking consistency.

It should also go without saying that Texas A&M can't cheat me out of any more games. My poor heart can't take it anymore. In 2011, the defense consistently ran out of gas in the second half, and a team that played with passion in the first quarter gave away points in the fourth. Facing a Florida team that went just 7-6 last season, the final score in the Aggies' opener could very well come down to conditioning.

But that's just a start. The Texas A&M offensive line has to protect Manziel and injury-prone star running back Christine Michael. With all five of last year's starters returning to the Aggie OL, I don't think I'm asking too much. Tackles Luke Joekel and Jake Matthews and senior center Patrick Lewis need to elevate the play of younger guards Jarvis Harrison and Cedric Ogbuehi if the Aggies want to turn my head in their season opener.

And maybe it sounds petulant, but none of this matters if we can't have any fun. In 2011, Mike Sherman's celibate play calling in tight situations did nothing but disappoint. Florida brings an experienced defense to College Station, and Coach Sumlin may be tempted to lock his hot-blooded QB up for a few plays. Given Christine Michael's reliability last season (Michaels averaged 6 yards per carry before tearing his ACL against Oklahoma), I'd expect the Aggies to lean on the running game early. But the Gators' D will swallow the A&M run game unless Sumlin unfetters his quarterback and spreads the field.

Like any romantic hero, Aggie football suffered some bad luck last season, but the best luck comes with practice: repetition, conditioning, motivation, and concentration. If the Aggies are to enjoy poetic justice this season, all they have to do is earn it. Doing so is the only way to win me over, all over again. 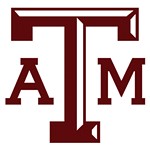