Star of Texas Preview: Texas Has a New York State of Mind 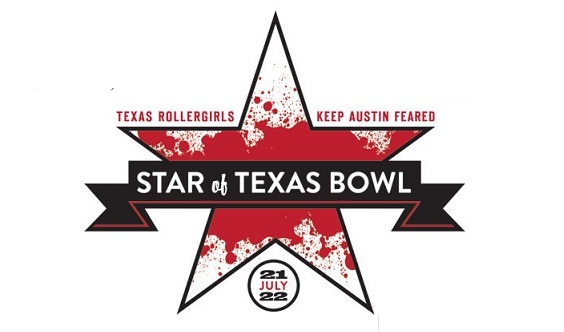 It's been a weekend of mixed fortunes for the Texas Rollergirls at the Star of Texas Bowl: The Texecutioners travel team took a double blow of losses, but the new Firing Squad won its first victory. The bigger win is that they have put together a tournament that has gathered skaters and fans from three continents.

The Texies opened up the weekend facing their Northern rivals, the Windy City Rollers All-Stars, but the Chicago crew blew them down 143-121. The day ended even worse, with a 159-88 defeat at the wheels of a hard-hitting B.ay A.rea D.erby Girls roster.

However, the Texies have one last shot at redemption this weekend: Sunday's closing bout puts them up against the seemingly unstoppable Gotham Girls Roller Derby All-Stars. The New York league and Women's Flat Track Derby Association 2011 champions dominated 254-89 last night, and so are only two wins away from a new WFTDA record winning streak of 23 games. If they beat BAD today, they'll tie the Oly Rollers' record, and then it's up to Texas. So, no pressure. Sinnerfold spent the day helping run the Texas bench. For her, the task of beating the seemingly unbeatable is just another bout. "The Texecutioners have not necessarily focused on beating all of these teams," she said, "but focused on our game, and how to play better. They've researched how to pick apart Gotham, obviously, but they're looking to the end of the season." After all, Texas came within a stone's throw of taking on Gotham in the WFTDA championship last year. A victory on Sunday would be nice, but with regionals and nationals just around the corner, they'll also be playing the long game.

But Texas had some good news on Saturday: The league's new B-team, the Firing Squad, took their first ever victory, beating the increasingly popular Cen-Tex Rollergirls' H.O.T. All-Stars. Veteran Texas Rollergirl Muffin Tumble was unsurprisingly ecstatic at the result. "This is only the second game for the Firing Squad," she said, and explained there had been a heavy switch from the roster that faced Portland's Axles of Annihilation in May. This time, the team gelled well (helped, Muffin suggested, by the large number of Hell Marys on the roster, and so bringing that team unity to the track.) It also highlighted some rising talents on the jam line. "Hauss [the Boss] did really well," she said, "Baby Face Assassin did really well, and Big Nasty. We even had some surprise jammers. Notorious D.I.E. came in and scored a few points as well." 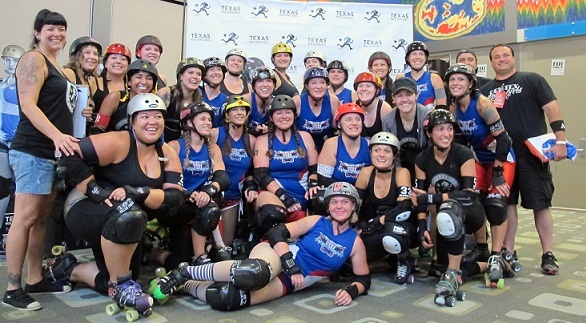 No matter what happens, the Texas Rollergirls get the satisfaction of knowing they've hosted their first major tournament at the Austin Convention Center since the WFTDA's national championship in 2007. Not only did they attract three of the top ranked teams in the nation, but an international contingent of roller girls made the trip to see the best of the best. "There's Australia, Mexico City, Puerto Rico, and I think London's in the House," said Sinnerfold. "It's a lot of work, and having it in the middle of our season has been tricky, but it's been a lot of fun."

The Texecutioners face Gotham at the Star of Texas Bowl 4.30pm, Sunday