As the Austin thermometers track towards 100 degrees, it's still balmy in New York. "Man, I just looked at the weather last night and I thought, 'What have we get ourselves into,'" said jammer OMG WTF, co-captain of the Gotham Rollergirls. "Everyone we talked to says, 'I can't believe you agreed to a tournament in July."

Of course, it may take a Biblical deluge to stop Gotham as they head into the Star of Texas Bowl this weekend. Not only did the beast from the east take the Women's Flat Track Derby Association's 2012 championship, but they're on their way to a record-breaking winning streak. If they go a clean 3-0 at this weekend's tournament in Austin, they'll have beaten the Oly Rollers' 22 game run. But they've got the B.ay A.rea D.erby Girls, the Windy City Rollers and, of course, the Texecutioners to go through. It's no secret that Sunday's finale, pitching the champs against Austin's flat track originators, is the most eagerly awaited bout of the weekend.

Before flying down to Austin for the big match-up, OMG WTF called us to chat about that streaks, the growth of scrum starts, and why she'll never take Texas for granted.

Austin Chronicle: Gotham's the only league that took the WFTDA Hyrda twice, you're on top of the heap and have been for a while. Is it tough to be king?

OMG WTF: It really is. There is always that struggle of, OK, you're playing at this super-duper high level all of the time. Every team looks to you to be a role model in the derby world, on and off the track. We're just held up to this higher standard, and I think that's awesome, and I think that's why people want to be in our league, and want to be a part of Gotham. From the skaters to all of our volunteers to everyone that makes it happen here in New York for us. It's a lot of work, but it's super-rewarding also. Because knowing we've put so much into it, and knowing everyone values it so much, makes it all the more rewarding when you come away at the end of the season with a championship title.

AC: Gotham always used to be seen as a heavy-hitting team, but now you're more known for your speed.

OW: We lost a lot of size there for a while. Back in 2007, we had bigger girls on our team, and now there's a lot of us that are pretty small. We do have those few giants, but we've definitely become a smaller team. We''ve had to adjust our style.

AC: There do seem to be fewer pocket jammers and more heavy hitters on the jam line now. How do you contend with that mix of size and power?

OW: There's definitely a shift in style among Jammers. You mentioned Scald Eagle, but a couple of years ago we had Sweet Hurt, and she was the first big jammer that we had. The following year Sexy Slaydie started jamming for us, and she's like a giant on skates. She's 6'3", so she's this massive girl. But also the style of play has changed, with the scrum start. Everything's happening right off the line. It's much more physical right off the bat, and it's less speed. I feel like everything now is in flux, as the smaller jammers are figuring out how to get through the pack. It may be coming full circle, and we may be seeing those small jammers be equally successful. I look at Bonnie [Thunders] over the last four years of me watching her skate. She used to be really small, but she has more mass on her now and she's more successful because she's a bit bigger and a bit thicker. You can't just knock her out of bounds. What kind of skater we need to get through the pack is changing because the game itself is changing, and with a potential new rule set coming out, that might change again. Our sport's so new that everything's still evolving, so although we're seeing one thing now, I don't think that we're going to be seeing that for ever.

AC: Part of that evolution is that scrum starts are becoming more common. You'll hear the 'stroller derby' chants, but what's your take on that phenomenon?

OW: I totally see both sides to it. I see why some people hate it, but I also see where it's totally useful. We're a sport just like any other out there, in that the end result any team wants and there's strategies out there that can help you achieve that goal, regardless of whether or not, unfortunately, fans want it. And there's some fans who love it, because they feel there's more contact happening, but then you get the other fans who want to see fast, hard-hitting Derby.

The reason it came about was because a couple of years ago we had a massive influx of speed skaters coming into our sport, and it was like, wow, these girls are flying around the track way faster than anyone has in the past. So how can you slow them down? That's where the scrum start came about, because we needed to level the playing field for all of us who didn't grow up on skates.

But again, I don't think it's something that's going to be around forever. Like I said, the rules are changing, the game play is changing, different strategies are going to work on different teams. Being a team that's able to play that, but being able to play something else if necessary, I think is key. The top, top teams, that's what you're going to see out there: Being able to adjust to any kind of play.

AC: So you're up against three top teams this weekend: What're your thoughts on your opposition?

OW: Windy City, they have a big team compared to us and they bring a really heavy-hitting team. Bay Area, they're a really scrappy team. Every year, they improve, they improve, they improve, and their game play changes so much. I think, out of all the teams, they've changed the most drastically. They came out of nowhere at nationals in 2008 and really surprised people. And then Texas and Gotham, we've been rivals longer than most teams have been out there. The first time I saw the Gotham All-Stars play against Texas was 2009, and that was the year that, I think, we only won by five or nine points. That was the first time I ever saw Gotham get a run for their money. Ever since that game, I've never taken Texas for granted. They're a super-smart team, they're super-scrappy, and they're always going to play up to the level that the other team brings. 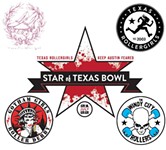