And he wants Austin's help 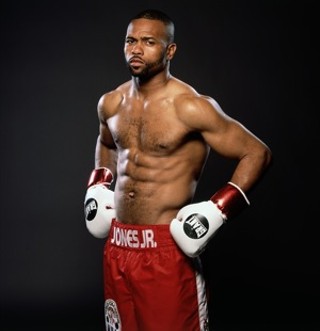 This Friday, April 27, living boxing legend Roy Jones Jr. is bringing ESPN’s Friday Night Fights to the Erwin Center. There aren’t any world championships up for grabs, but every man involved made it clear that the future of boxing itself may be on the line.

“The sport is on the decline, and I’ve got to try to help it survive,” Jones Jr. explains. “The commentators are killing our sport. In the UFC, if a guy loses, he can fight again. But in boxing, once a guy loses, he’s pretty much dead meat, because everybody talks about him so bad that you can’t get a network to ever show him again.”

RJJ’s proposed solution will sound familiar to Austin audiences. Call it Captain Hook Broadcasting. “I’m trying to find a way to get my own TV network where I can hire my own commentators. I will tell my commentators what we’re going to talk about and what we’re not going to talk about. I will tell them, ’If you say something negative about any boxer, than you’re going to be fired.’”

Regardless of television coverage, Jones Jr. knows that a smart market like Austin is a prime target for what boxing really needs: less flash and more substance. He hopes that you want to see fast-thinking fighters in high-quality fights. Accordingly, he is offering Austinites a rare opportunity to catch four undefeated feature fighters going toe-to-toe in close matchups.

Undefeated North American Boxing Federation light-heavyweight champion Ismayl Sillakh is one of the featured fighters on Friday’s card. He isn’t looking for a new TV network, but he does think better matchups and less greed will save the sport. “Today, everybody, like Mayweather and Pacquaio, does it only for the money. [Promoters] are not looking for good performers and good fights. We need something to change. We need high-quality fights, and we’ve got a lot of young boxers who can show the world what we love in quality boxing. But we are dying in the training gym every day. Just because some promoter doesn’t want a fight between me and some other guy, we stay in the gym, and wait, and die.”

22-year-old Yuandale Evans, undefeated in his own featherweight class (126-pound max), sees the same bright future and credits the youth boxing movement. “We’re starting off at an early age. We’re the new breed for a new era. We can bring the sport back to life – get people to stop watching UFC and start watching boxing – and the sport can definitely rise up to where it was. It’s up to us to do it right.”

Before they can save their sport, though, the two hopefuls will have to protect their own records.

The Ukrainian Sillakh is the World Boxing Council’s No. 2 rated contender for the light-heavyweight (175-pound max) world championship. He could easily follow the pattern of many recent boxers and sit on his position until he gets a shot at the WBC belt. In fact, he wouldn’t even have to wait long, as current champ Bernard Hopkins meets No. 1 contender Chad Dawson this Saturday in Atlantic City. The winner of that fight will be compelled to put their belt on the line in a fight with Sillakh next.

But Ismayl is putting his money where his mouth is. “Back in the day, if promoters wanted a fight like Ismayl Sillakh versus Jean Pascal [WBC’s No. 7 ranked Light-Heavyweight], we would fight, not just say ‘OK, we will fight,’ and then let Jean Pascal’s promoter hide him in another division in boxing.” He appeals to Austinites, “You can help boxing too – let’s save boxing – come support a good fight.” Motivated to offer the public something he thinks they will enjoy, Sillakh agreed to meet dangerous Russian brawler Dennis Grachev.

Grachev comes in as an underdog, but he is no slouch. If you compare his five-year boxing record to Sillakh’s 20 years of experience, it may be easy to dismiss the Russian’s chances for a win. However, he has a history of stunning highly-ranked opponents, is now rated No. 21 in the world, and risks his own undefeated pro-boxing record in the fight. Besides, Grachev is not as much of a stranger to the ring as you might think. Before becoming a boxer, he was a two-time world champion Muay Thai kickboxer. Even beyond their backgrounds, though, this fight will offer a true contrast in approaches, as strategizer Sillakh (“Like chess, every step is important, and every second I adjust what I do") will be confronted early and often by the aggressor Grachev. (“I’m not a very technical boxer. I like to put a lot of pressure on my opponents.”)

The co-main feature fight matches two fighters with much more similar styles and backgrounds. Cleveland native Evans is 16-0 as a pro, with a vicious right hook and 12 knockouts to prove it. He’s the seventh-ranked super-featherweight in the U.S., but he will fight down a weight class to meet Javier Fortuna, the world’s eighth-ranked featherweight. Fortuna is a former Intercontinental Youth Champion with a professional record almost identical to Evans’ (18-0, 13 KO). He hails from the Dominican Republic, where his speed, aggression, and punching strength earned him the nickname “El Albejón” (The Bee). Each man has more than 200 amateur boxing matches under his belt, and they both slug from the southpaw stance.

If those two fights aren’t enough, perhaps Austin’s keep-it-local mentality will draw fans to the Drum on Friday night. The five fights on the undercard will showcase six homegrown fighters. Heavyweight Brice Ritani makes his professional debut, while Rayford Johnson makes a stand in the cruiserweight class (200-pound max). Soon after, Daniel Henry will make his pro debut in a super middleweight (168-pound max) match with fellow Austinite Jawnta Manson, and just before the main events, locals Nick Gonzales and Cory Yett will go four rounds in a welterweight (147-pound max) bout.