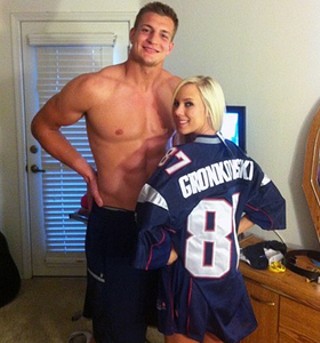 It's been a rough start for UT's upstart Longhorn Network. As of the Kansas/UT kickoff Saturday at 6pm, the only Central Texas homes that will be able to tune in to this lopsided affair will be those that subscribe to Grande or Verizon FiOS. Not to mention the sad Longhorn fans spread throughout the country who have no access to the mighty LHN.

UT's own student publication, The Daily Texan, weighed in this week with "What exactly is the benefit of the Longhorn Network?," which lambastes the sports network's up-to-now failure to reach Horns fans and largely pointing out that the LHN has access to the team, its coaches, players, practices, etc., that other media outlets don't – which in turn hurts UT fans that don't have the LHN.

The Texan reports that only "eight percent of LHN revenue goes toward academia."

In today's Statesman, Gary Dinges' column "Watching Horns-Jayhawks on TV? Only if you've got the elusive Longhorn Network" is less critical but still paints the picture of an "upset" fan base. It is surprising that this fledgling network, with its huge 20-year deal with ESPN, would begin airing without a deal with one major cable provider in place.

The Chronicle's own Richard Whittaker has this to say: "Two months into their inaugural season, it's hard to see what the network's business model is. National cable and satellite providers who were unconvinced at the beginning of the year, when there was still a chance at showing high school games, aren't going to be jumping for UTSA games, Fozzy Whittaker doing drills, and Bill Powers' State of the University address. Like they say in the movie business, how will it play in Peoria?"

We'll be sure to keep you updated on the ongoing LHN saga.

The Houston Texans got a li'l love nationally after stomping the Titans 41-7 last week on the road. Peter King writes in Sports Illustrated Tuesday, Oct. 25, "This might actually be the year the Texans make the playoffs." Change the "might" to "will" and I'm with ya, Peter. For the Chronicle's Jags/Texans preview, click here.

Last and most certainly least, we have Tebowing. If you were annoyed by planking, you're sure to hate Tebowing as much or more. See Tebowing.com if you dare.