A look at day two 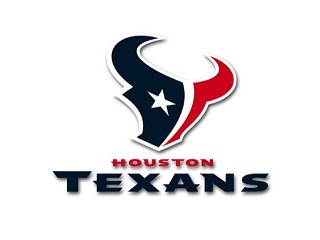 In our last installment, we discussed the selection of Wisconsin defensive end J.J. Watt with the 11th overall selection in the 2011 NFL draft.

We also touched on the Phillips 3-4 defense and subsequent decision to move Mario Williams to “Will” 'backer and how that effected the Texans decision on day one of the draft.

In our second installment, we will look at the Texans day two picks. Texans general manager Rick Smith runs the draft. Head coach Gary Kubiak has final say on the picks but Smith is in charge of all of the negotiations with other teams in regards to moving up or down in the draft. Smith and Kubiak are big time believers (as are we) that the more picks the better. Trading down is the best way to increase value and improve your team. Adding additional picks, especially in round two is considered the most bang for your buck. Second-round picks can be had at a fraction of the cost of a first rounder but their production on the field is often comparable.

When the Texans stood pat at pick 11 in the first round, the passed up the opportunity to pick up an additional second round pick. Of course there is always risk involved with trading down and the Texans were very pleased to have J.J. Watt available to them at 11. Rick Smith inevitably chose to stay put with their second pick as well and took Brooks Reed, a defensive end from Arizona.

Reed is often compared to Clay Matthews due to the fact that he is a high-motor white guy with long blond hair. Reed's 10-yard split (the first 10 yards of the 40 yard dash) at the Indianapolis scouting combine was clocked at 1.54 seconds, by far the fastest recorded by pass rushers in Indianapolis. Extremely impressive to say the least. To put this in even greater perspective, Reed cleared 10 yards quicker than A.J. Green, Von Miller, and Randall Cobb.

Unfortunately, their flowing golden locks, their skin color, and their projected defensive positions are where the similarities stop. Reed is a relentless nagging defender who will surely irritate offensive linemen with his quickness and effort, but I personally just don't see the fluidity of motion for him to be effective at the next level. Doug Farrar of Football Outsiders seems to share my opinion.

“Reed is quick off the snap and can slip off a blocker if he's heads-up or in an over front, but he doesn't share Matthews' talent for using his speed at different angles; with Reed, it's pretty much straight-on, all the time. And the downside of his particular pursuit intensity is that Reed can be fooled on misdirection and will occasionally just blast right by a ball carrier. Add in a lack of lateral movement and bull-rush power, and I'm just not all that impressed with the guy I saw in college.”

Minutes before the Texans made their selection, I tweeted: “@TexansBullBlog Not Brooks Reed!!!!!!”

When I watch film of Brooks Reed I can't get past the stiffness with which he plays. His hips don't seem to have any fluidity to them and I fear that his skills won't translate to the NFL. Texans linebackers coach Reggie Herring, who coaches linebackers for a living, disagrees with me – so that gives me some hope. “What he does is gives us somebody that has exceptional play strength, exceptional play speed.” Herring said. “He’s a mature, physical player at this level right now. In the NFL transition from college, play strength and play speed is probably the biggest adjustment. What he possesses right now, along with a great motor and great work ethic, he gives you a chance early to make that transition.”

Texans Scouting Director Dale Strahm mentioned on HoustonTexans.com that Reed can “run what we call the rim as an outside rusher." Strahm also talked about Reed's ability to move well, which again, I just don't see. “[Reed] can run, he can change direction. He’s got lateral quickness. Very active as a movement player.” While I agree that he's active, I don't get the assessment that the rookie from Arizona can change direction as well as Strahm suggests. Strahm was a college football coach for 29 years so I'm going to defer to him, but I have many reservations about this pick.

I'll be very eager to see how he develops and I feel like there is a possibility that the Texans don't see him as a starting player anyway. I think they see him as an extremely active player who can come in off the bench late in a game and blow by a tired offensive tackle. Reed should also contribute immediately on special teams where his straight line abilities will give him a decided advantage.

Don't buy into the Clay Matthews hype, but don't disregard Brooks Reed as a football player either. Let's wait and see what Wade and Reggie can do with him.

Rick Smith Gets His Guy

Rick Smith traded back into the second round for the Texans next selection. They traded away their fifth-round pick (which they later got back by trading down in the fourth) to move up and select University of Miami cornerback Brandon Harris.

Harris looks to be a value steal, especially considering that the Texans basically gave up nothing to move up to get him. Harris is a smart, athletic corner who should be able to make an impact almost immediately. Harris was thought to be the last of the top tier talent available at the cornerback position and Rick Smith was able to get him. The son of a football coach, Harris meets the Texans requirements as a high character player with a passion for the game. Good in both man and zone coverage, the only real knock on him is his size at almost 5-foot 10-inches.

The selection of Harris, as well as comments made by the Texans secondary coach, Vance Joseph, and the impending likelihood of a free agent acquisition at the CB position, suggest strongly that third-year man Glover Quin will be making the move to free safety. Quin is thought by many to be a natural fit at the safety position. Another exciting change to keep our eye on this preseason. (Should there be one.)

Keep it here for the next installment of our coverage of the Houston Texans 2011 draft. Texans Bull Blog will break down the day three picks. You can catch some video of Brooks Reed, Brandon Harris, as well as first round pick, J.J. Watt here.