A landmark anniversary for Roller Derby 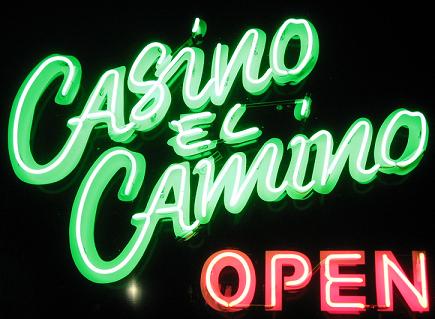 In the history of modern roller derby, the Sixth Street institution Casino el Camino plays a pivotal, even legendary role. As the TXRD Lonestar Rollergirls noted on their Facebook page, "10 years ago today, a group of women got together at Casino el Camino to talk about doing this thing called roller derby. The rest, as they say, is history."

It is history, and it has been a remarkable one. It sometimes is forgotten that, from that meeting, we got what turned into modern roller derby.

Without it, there would be no Texas Rollergirls or Lonestar rollergirls. No Austin Derby Brats and no Rec'n'Rollerderby League.

There would be no Women's Flat Track Derby Association, no WFTDA regionals or nationals, no Battle on the Bank, no Rollercon and no East Coast Extravaganza.

No Hell on Wheels and no Whip-It and no Rollergirls on A&E.

No Rollergirl: Totally True Tales From the Track by Best of Austin winner Melissa Joulwan and no Derby Girl by Shauna Cross.

But ten years on from that first meeting, what has sprung forth is the fastest growing women's sport in the world. Over the three and a half years I've been covering derby, I've seen how it can turn the meekest rookie into a valkyrie and party girls into mentors. I've seen the sense of community it has created, one that transcends class and geography and race and gender and every other nonsensical barrier that people put up to divide themselves. And I've seen some mean hip checks: Even taken a couple.

It's a testament both to the strength of roller derby and to the power of the DIY ethos that it has spread so quickly. From a few drinks in 2001 to a global sport in ten years, with no corporate backing or TV deals or much mainstream media interest.

Locally, the scene is healthier than it has ever been. On Jan. 30, the Lonestar 2011 season kicks off its second season at the Palmer Events Center: The Texas Rollergirls start their new residency at the Austin Convention Center on Feb. 20. If derby is the new punk, then this may not be the Dead Kennedys at the Deaf Club, but it's like catching the Clash before they hit Shea Stadium.

And if you have your own crazy idea (and ten years ago, resurrecting roller derby definitely fitted in that category) then take heart. You're one trip to the bar away from changing the world.