You Know What We Need: Road Trip

UT volleyball hits the road to build back momentum 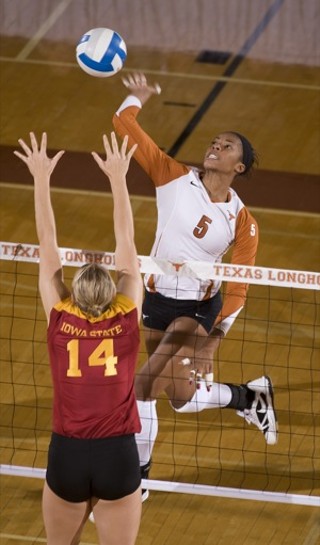 College can be a grueling experience. Sure, you're in classes more than 20 hours less than when you were in high school and you don't wake up until 10am (or 1pm depending on how many "college beverages" you consumed the night before), but somehow it feels like more of a grind than ever before.

I have no idea why this happens. Maybe it's because you don't have your parents to wake you up and get you motivated. Maybe it's because classes are harder than Basic Algebra and that takes a toll on your brain. Maybe it's just really hard to focus during a Principles of Marketing class when you've got the worst hangover from last night's kegger. I don't know why it happens, all I know is that when I was in college, there was only one solution to get away from the grueling college experience: Road trip.

College road trips were designed to eliminate the element of college that no one liked (classes) and just leave college students with everything they did like (beer, co-eds, and not having to think about how you're only a few semesters away from having to be considered a "responsible grown-up.") Road trips give you a chance to let loose and return to your college campus as a rejuvenated soul.

While the No. 11 UT volleyball program won't be doing most of the things I once did on road trips – although it would be fascinating to see Rachael Adams perform a keg stand in between every set – a road trip might be exactly what they need to rebuild some strong momentum heading into their relatively easy 12-game stretch of winnable Big XII matches (save for their battle on Oct. 27 vs. No. 3 Nebraska.)

The Longhorns have only won three matches in a row once this year, a winning streak which was halted by Nebraska in Lincoln. But by sweeping Colorado on Wednesday, Texas can have their second winning streak of the year by winning road matches against Kansas State (a mediocre team in the conference) and Oklahoma (a 12-5 team that beats the easy teams but loses to the good ones). As Cleveland Indians' skipper Lou Brown once said, "It has happened before."

By regrouping on the road, Texas will have a lot of momentum heading into their following four games, three of which will be at home, including a rematch against Nebraska which could easily have different results the second time around thanks to the raucous and intimidating student section at home games.

Should Texas get past Nebraska, they have a legitimate chance to have a 13-game win streak heading into their final two games of the season against Texas A&M and No. 10 Iowa State. Not a bad scenario, right?

But it all starts with the upcoming road trip. If the ladies of UT can take care of business at Manhattan and Norman, they just might be on their way to live up to the expectations that were made for them at the beginning of the season when they were preranked as the No. 3 team in the nation.

Just be sure to avoid the midmatch keg stands.