Paying tribute to Blanda, and more

Before prying into the heart of what's gone wrong in the State of Texas football, it is only proper to spend a few moments paying tribute to one of the all-time greats of the game: George Blanda (September 17, 1927–September 27, 2010).

Blanda died last week at the age of 83, leaving behind his wife of more than 60 years and two children. He played an astounding 26 seasons of professional football (the most in the history of the sport) and was the all-time scoring leader at the time of his retirement in 1976 and still holds the record for most extra points kicked.

Blanda played college football for Bear Bryant at the University of Kentucky and was signed to his first professional contract by the Chicago Bears for $600 in 1949. Playing mostly quarterback and place kicker, Blanda also spent some time at linebacker. For the Bears … the team that pretty much invented linebacking.

Retiring in 1958 because Bears' owner George Halas had come to insist Blanda only be used as a kicker, Blanda returned in 1960 to play for the Houston Oilers in the new American Football League. Many in the media called him a "NFL reject" but Blanda led the Oilers to the first two AFL championships and was named AFL Player of the Year in 1961.

Blanda was released by the Oilers in 1967 but was soon signed by the Oakland Raiders. The Raiders planned to use him as a backup to QB Daryle Lamonica and as a kicker. That season, as a 40-year-old, he led the AFL in scoring with 116 points.

In 1970, Blanda had one of the most remarkable five-game spans of any player in football history, coming off the bench to lead the Raiders to wild come-from-behind wins against Pittsburgh, Kansas City, Cleveland, Denver, and San Diego. At age 43, he became the oldest quarterback ever to play in a championship game. His last game was at Pittsburgh, in the 1976 AFC Championship Game, which the Raiders lost, 16-10. He was 48.

Someone please tell me why so many people have been hung up on this Brett Favre thing. For the love of God, please.

Curiously, Blanda did hold the record for most interceptions thrown in a career. Until he was passed by Brett Favre.

I'm one of those people who is fascinated by '70s football. The images just sort of stick with you if you're at all wired like me. Whether it's the grainy film captured by NFL Films or any of the hundreds if not thousands of photos taken by hundreds if not thousands of sports photographers during the decade, the very look of the game in the '70s still stands out to this day, and the mythology of the game seems to have grown more in that decade than any other.

The Raiders certainly played their part in that, and George Blanda was one of the major reasons why. Do yourself a favor: hop online and start browsing pro football pictures from the '70s. Pay particular attention to photos of the Oakland Raiders. Let your imagination go. Think about games played on actual grass, in actual weather, not in any dome. Gaze at the face of an old warhorse like George Blanda and maybe you, too, will begin to see why somewhere along the way football passed baseball as America's Game.

Can anyone out there recall a worse weekend for fans of the big Texas schools than what just passed? The big boys (UT, A&M) lose to the Okies (OU, OSU) while Tech gives up 52 points to Iowa State in a devastating loss. Only Baylor, mighty Baylor, emerged from the weekend unscathed. Perhaps more consideration should be given to bringing TCU into the Big 12 fold.

Perhaps at the expense of the Aggies. Can we still look into a switch of some kind? Let Texas A&M go to the SEC and add the ferocious Horned Frogs? A&M fans are understandably sick this week, churning up chunks of vomit and pride in the wake of what happened in Stillwater Thursday night. Jerrod Johnson was supposed to be the Big 12 Offensive Player of the Year. Five turnovers given away (two in particularly abhorrent fashion) to the Cowboys pretty much puts an end to that talk.

It should also put away all talk for yet another year about A&M "being back." There was an interesting article on the ESPN website recently about the most underachieving college football teams in America and, yes, the finger was pointed directly at A&M. Name another football team in America that does less with more. You can't. You might consider UCLA, sure, but the Bruins just kicked Texas around like their emasculated boyfriend.

And before the 12th, or even the 13th or 14th man argues, "Well, the Aggies came to Austin a few years ago and beat UT, too!" I think it only fair to point out that anything usually goes in rivalry games and a 12-7 victory is hardly as thorough a whipping as 34-12.

Also, I'd like to ask just where this idea about "being back" comes from? From a nice little run in the '90s? From another nice little run in the Paleolithic Age? The truth is, Oklahoma State and Texas Tech both have passed the Aggies in terms of competitive national relevance, or at least OSU has. The Iowa State debacle for Tech is a puzzling case for many reasons. First, the Red Raiders gave up 52 points to Iowa State. Second, it was Iowa State. Third, new Tech coach Tommy Tubberville is supposed to be some sort of SEC defensive guru.

Yet his team gave up 52 points. To Iowa State.

And that's maybe the kind of season we're going to have in this last year of the former Big 12. Maybe the curse is on us all, a pox on our houses in the form of stinking buffalo dung and rotting corn husks. Maybe nothing will ever be the same, maybe Texas and OU will continue to somehow sign great recruits but fail to perform according to the expectations of rabid fan bases. Last week Bob Stoops pointed out one of the finer qualities of being the OU coach when he said he knows things are humming along like normal when he is criticized for winning.

So maybe now's the time Stoops will finally ride off to try his hand at the NFL, and perhaps now Mack Brown will finally ride off into the sunset to charm the elderly sunsetters in Sun City or somewhere else in Florida or Arizona, handing the reins to Will Muschamp, another supposed SEC defensive guru. Maybe the two powerhouse programs of the last decade will fall back to the Dark Ages of the '90s, when flannel and grunge were king, and men like John Mackovic and the recently disgraced John Blake were roaming the sidelines at the Cotton Bowl. 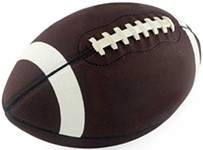