'No No: A Dockumentary' Benefit 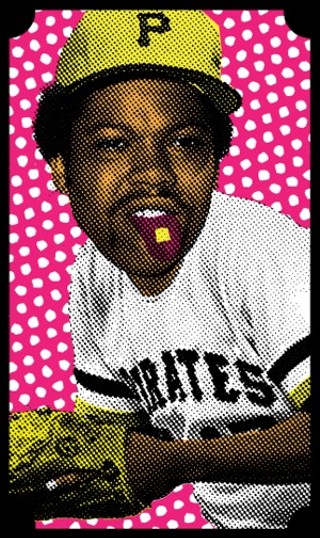 No matter what is said in the next couple of paragraphs, no matter how impressive I make myself sound, just remember that none of it even comes close to what an eccentric African-American baseball player did 40 years ago. My proudest sport moment revealed only to have it one-upped a mere two paragraphs later ...

While in college, I once played an entire round of beer pong without missing a shot. 10 cups, nine shots. (I had nailed a shot with my patented no-look double bounce which is worth two cups.) Proudest sports moment of my career, right next to throwing a no-hitter with Mark Mulder versus my buddy Brett in the MLB 2006 video game. (For the record, I did that twice.)

For anyone who has played beer pong, y'all are probably thinking, “Big deal, that happens all the time.” Maybe it does. But I was already 12 beers deep by the time I played my perfect game. That multiplies the difficulty level by about 10, right?

I mean, you have to consider that when you’ve downed a dozen Keystone Lights – (I was in college, remember? – that you’re going to at least have one moment where you throw a pingpong ball six inches away from the nearest cup. It’s just science. I don’t even remember a ball even coming close to missing. Then again, by the end of the night I probably had finished close to a case of beer so I really don’t remember much about that night at all. Come to think of it, did the perfect game even happen, or did I just dream about it while passed out? Ah ... college.

Having said that, whether it happened or not, it still doesn’t compare to what former Pittsburgh Pirates pitcher Dock Ellis did in 1970. You think playing a perfect game of beer pong while being wasted is impressive? Try throwing a no-hitter in a professional baseball game ... while on LSD.

That’s what Ellis claims he did on June 12, 1970. And in three days, on the 40th anniversary of the LSD no-no, that story is going to be explored in detail at the Highball at 1142 South Lamar along with the premiere of the trailer for the locally produced No No: A Dockumentary. Filmmaker Jeffrey Radice (along with the rest of the film's production team) and Austin Film Society members will be in attendance as well. Proceeds from this event will benefit the Center for Independent Documentary, which is the nonprofit fiscal sponsor of No No: A Dockumentary.

According to the doc’s co-producer and marketing director Mike Blizzard, “[The] film, currently in production, will provide the back-story on Dock’s infamous no-hitter, social context for his exploits, and a forum for his voice. The film … uses Dock’s controversial and flamboyant career as a basis to examine America, baseball, civil rights, and drug policy over the past half-century.”

The release date for the documentary is TBD but the celebration of the 40th anniversary, complete with live music from Le Freak and Flounders Without Eyes as well as a special clip of Ellis talking about drugs, three years before his death in 2008 from a liver ailment, takes place this Saturday, June 12, from 6-10pm.

Meanwhile, the documentary for my perfect game is still being shopped around to several potential production companies. If you’re interested in filming me tell stories of what may or (likely) may not have happened on that amazing night, please contact me at The Austin Chronicle. But if you’d rather hear about a much more entertaining achievement, head on over to the Highball on June 12.

dock ellis, no no: a documentary