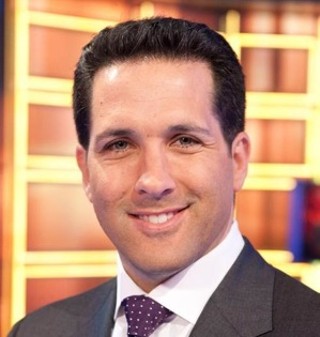 In the summer of 2009 ESPN snagged Adam Schefter from the NFL Network. In its short existence, Schefter had become the journalistic identity of the upstart NFL channel using crazy and old-fashioned reporting techniques such as talking to people, listening to people, and delivering information in an earnest and straightforward manner.

In a USA Today survey of fans published on Jan. 19, 2009: "NFL Network's Adam Schefter edged ESPN’s Chris Mortensen (34%-32%) for best [NFL] insider despite the NFL Network being in less than half as many U.S. households." In a post-gonzo journalism era, Schefter quickly became a breath of fresh air with an emphasis on facts over opinions, and a robust, old-fashioned work ethic.

However, in less than a year with ESPN Schefter has become a leader in new media with over 91,000 followers on the social networking website Twitter.com, arguably one of the most followed journalists of any subject matter on the popular site. In contrast, his well-respected colleague Mortensen has just over 58,000 followers. With Twitter, Schefter has created a communal spider web of information and interaction on all things football and has become dominant in real time information and social interaction with 140 characters or less. Schefter is so revered on the site that when an anti-Semitic slur was posted to his account by a fellow tweeter last fall, Schefter followers came out in droves to defend him, and even attacked the offender. Within minutes the virtual assailant had locked his page, and by the next morning their Twitter account was removed.

Although not paid to be on Twitter, the site has become an extension of what Schefter does for ESPN. When he has a story he first files the piece with “The World Wide Leader," then turns around and quickly posts the news on Twitter. For Schefter, Twitter is a “scorecard, a measuring stick” for who snatched the scoop first. All information on Twitter is time-stamped for validation. Talking with him via good ol’ fashion telephone last Thursday, Schefter admitted Twitter was on his computer screen as we spoke. We discussed the problematic nature of new media toward the newspaper industry. Schefter interned at the Seattle Post-Intelligencer (which recently switched to an all online format after 146 years of print) and he wrote for the Denver Post for 15 years. He reiterated his love of newspapers, but noted print is no longer practical, or good for the environment. At one point in time Schefter would go to bed reading newspapers. Now, he does so to Twitter. “Newspapers are like a typewriter, Tim. How often do you use a typewriter”?

Social media also offers a different insight to “character” for Schefter. He follows CNN, Armen Keteyian of CBS, “I have a great deal of respect for him”, and various journalists across the spectrum. However, with Twitter the “personality of a player shines through." Players are notoriously inaccurate for information pertaining to football business, but Schefter can see what kind of person they are in short bursts. Arizona Cardinals wide receiver Larry Fitzgerald, and bombastic Cincinnati Bengals wide receiver Chad Ochocinco are among his favorites. Both have shown a splendor and enthusiasm that is infectious. On the down side, “I would never have drafted Aaron Maybin,” Schefter said of the self-absorbed Buffalo defensive end (who had an ugly rookie contract dispute). “I’ve un-followed him," an act on Twitter that is the kiss of death.

As our conversation was winding down, I asked which players he looked forward to seeing and tweeting about at the forthcoming NFL Combine in Indianapolis. “None," he said. Schefter will listen to the coaches, the general managers, the agents, and team representatives; and for good reason. The NFL is going into an uncapped year (teams can spend what they will on players), and then possible labor turmoil, which could result in a work stoppage. “Tim (long, thoughtful pause), it’s just different. We are still trying to get our hands around it. Seventy-four starters won’t be free agents. Labor turmoil is real, it exists, but hopefully this will work out." Then Schefter gave me another thoughtful pause, and used the word “pleasure” with reference to the game. He explained we shouldn’t have a work stoppage for the simplest reason. Football brings pleasure to peoples lives. That’s why he’s so beloved, so widely followed on Twitter, on the social web. And a work stoppage would break that web.