With their 2010 season a little over a month away, the Texas Rollergirls put the skates to one side in favor of their dancing shoes for the annual Whammy Awards. 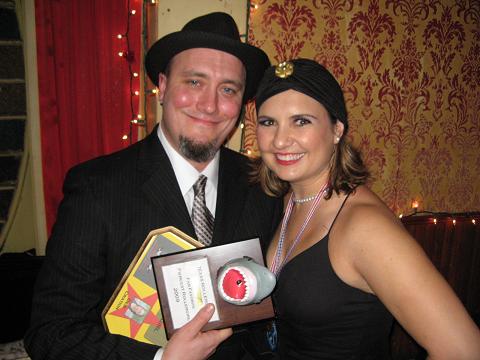 Koolaid and Desi Cration: Someone needs to find some more space in the family award cabinet (Photo by Richard Whittaker)

With a Murder on the Orient Express theme, there was more than a hint of old world glamor about the evening at Donn's Depot. As the As always, there was a hint of sadness and change about the awards. With the number of retirees (13 in total), several intraleague transfers and a handful departures to other leagues, it was sometimes hard to keep track of who was where, and who is with which team now. Official league class clown Belle Starr even had two dresses – a suitably country outfit for her old team, the Honky Tonk Heartbreakers, and a sparkly purple number for the Hustlers.

While the evening was about last year's performance, there were also some signs of the future. Rookie The Angie-Christ made her mark with four awards, Dilla seemed ubiquitous, and the astounding Olivia Shootin' John pushed past some serious competition to take the trifecta of best jammer for her team (the Honky Tonk Heartbreakers), for the touring Texecutioners and for the whole league. 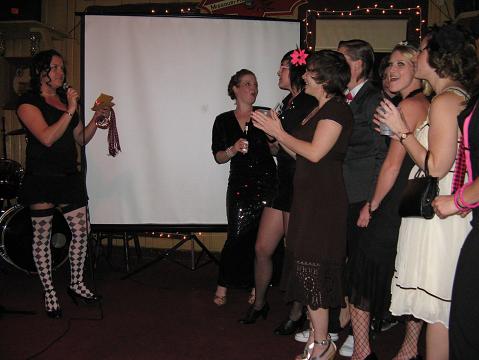 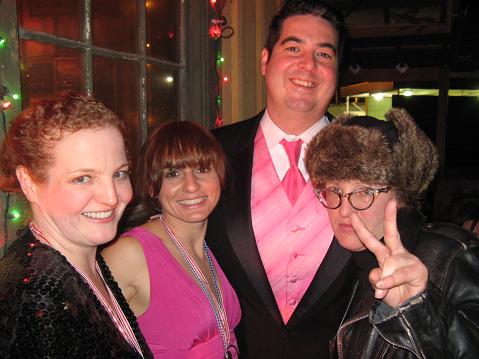