UT and the Austin Aztex join forces for the Copa Aztex, and more 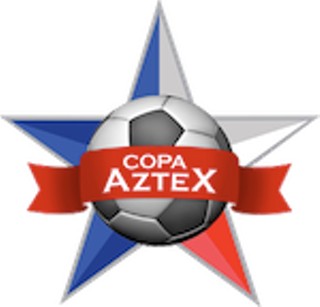 The Austin Aztex and the University of Texas present the first-ever Copa Aztex, featuring two of Mexico’s biggest professional men’s soccer clubs, Cruz Azul and Tigres, at UT’s Mike A. Myers Stadium, 7pm, Saturday, July 18. It’s the final preseason tune-up for the clubs, who open the 2009 Apertura season next week. Tickets are $30 and $50. Doors open at 4pm, with a pregame concert by Espinoza Paz. This could be a huge deal for soccer in Austin, not just because of the game itself but because it’s the first time UT has teamed with an outside entity to use its gorgeous Myers Stadium. (Another first for both the Aztex and Myers: “adult beverages” at the pregame beer garden!) This event is the beginning of a three-year agreement between UT and the Aztex.

The Aztex lost a 2-1 heartbreaker to the league-leading Portland Timbers last Saturday, as an injury-time tying goal by Gifton Noel-Williams was negated by a defensive breakdown and a Timbers winner on the last touch of the game. “The Gift,” who’s been nursing a hamstring injury all season, had come on as a second-half sub – just his second appearance since May 8 and his first effective play since April. The Timbers ran their unbeaten streak to 14 games; the Aztex are at Minnesota this Saturday.

The Aztex U23s host the El Paso Patriots in their last game of the regular season, this Friday, July 17, 7:30pm, needing a win to have a chance at first place in the PDL Mid South or at least a tie to have a shot at the playoffs as the second- or third-place team. Note the new venue: Round Rock ISD Athletic Complex, 10211 W. Parmer.

The U.S. men will be heavily favored in the Gold Cup quarterfinals against Panama, Saturday, July 18, 7pm, live from Philadelphia on Fox Soccer Channel. The other quarterfinals are Canada vs. Honduras, Guadeloupe vs. Costa Rica, and Mexico vs. Haiti; the semifinals are Thursday, July 23, with the final on Sunday, July 26.

The U.S. women take on Canada on Sunday in Rochester (2pm, ESPN) and Wednesday in Charleston (7pm, FSC). The Rochester game is a homecoming for Abby Wambach, who’ll be trying to get her 100th national team goal in front of her hometown fans.