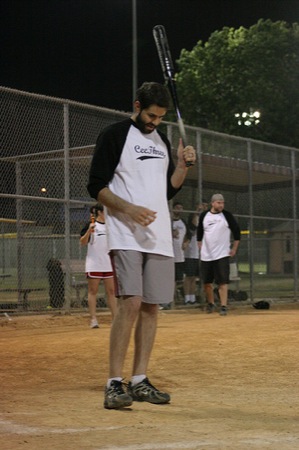 As much as many of us Alternative Softball Leaguers would like to lay claim to being the most sandlot, I think these guys own it. The Brentwood Donkeys. During one of their recent games, I noticed they had one bat and one ball. They may have also had a gloveless player or two. I can almost hear them during practice (if they do). “Nice hit, Hartstein, now we can’t play anymore.”
“Don’t blame me. I’m outta here.”
“What do we do now?”
“Where’s the beer?”
“Hartstein had it.”
“It’s five dollars for another ball.”
“That’s almost a six-pack.” The Brentwood Donkeys stayed with C3 Presents for half the game, teetering on the verge of their comeuppance, but couldn’t stop the Presenters. They lost 18-5 on May 13.

Tied at 4 in the top of the fifth, C3 Presents surged ahead with 14 runs on 20 hits, while holding Brentwood to one run one four hits in the final four innings. 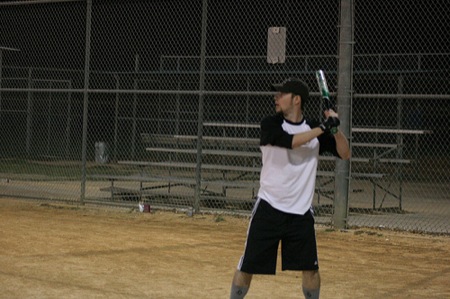 C3 Presents struck first with a sacrifice fly by Charles Attal to drive in lead-off batter Steven Chandler (3-for-4) who reached on one of his two doubles of the game.

After the first out of the inning, Brian Pope (3-for-5, 2B, RBI) doubled to drive in Olsen.

Brentwood tied the game in the top of the fifth with back-to-back two-out singles by Geoff Frost and Paul Gordon and a double by Mike Kriegshauser.

C3 Presents broke away with six runs in the bottom of the sixth inning. Five days later it was déjà vu all over again.

Wheatsville and I met C3 Presents at the Krieg Softball Complex on May 18, hoping to cling to the top of the North division and give the South a divisional leader.

We didn’t want to do it this way.

We stayed with the Presenters, playing to a 5-all game at the midpoint but couldn’t stop C3 after that. C3 Presents won 13-5. 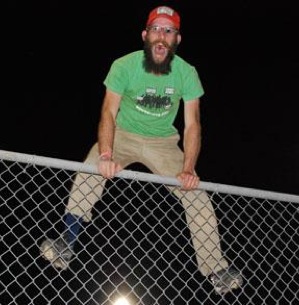 They held us to 12 hits and handed us our second straight loss. Winless Brentwood managed 17 against them.

We took a 2-0 lead by the top of the second inning on Kevin “Dr. Krankenstein” Johnson’s double in the first to drive in Nate Lineback and a single by Trae Branham (2-for-3, 3 RBI) in the second to drive in Jimmy Evans, who reached with a triple.

C3 Presents took a 3-2 lead in the bottom of the inning on singles by Aly Ehlinger, Laura Hundley Ritts, Michael Feferman, and Andrew Blank.

We tied it up in the third on Beth Beutel’s groundout to the pitcher, which allowed Bruce Cloud to score.

C3 Presents took a 5-3 lead with a single by Quinn Donahue in the third inning and a single by either Michael Feferman or Caroline in the fourth.

Trae Branham had a 2-run homer in the top of the fifth inning to tie the game and give Wheatsville our last runs of the game.

C3 Presents sealed the gamed with four runs on five hits in the bottom of the fifth. Jeff Lawson, Brad Kaye , and Steven Chandler all singled for the go-ahead run.

After the first out, Houston Powell hit a double to drive in Kaye and Chandler, and Fegley singled for a 9-5 C3 lead.

Chandler and Quinn Donahue both batted 3-for-4 with a double and an RBI. And Hundley Ritts and Feferman each batted 4-for-4 with 2 runs scored. Follow the ASL on MySpace and Twitter.