The '09 Rangers are looking good … so far

Shhhhhh, don’t look now but the Texas Rangers are actually in first place in the AL West! It sounds weird doesn’t it? Usually, anyone who follows the Rangers can count on three columns in any given year about the team’s chances. The first is about how the pitching staff still sucks and breaks down and that's why they are off to yet another “slow” start. The second usually comes around the all-star break, when the Rangers somehow manage to get their act together and threaten to make a race of the AL West, while the final column is the obituary for another season of futility. In a nutshell, it sucks cheering for a team that never spends money on pitching and who hasn’t won a pennant in almost 10 years. But even die-hard pessimists have to admit that this years the team looks like the real deal … at least so far.

Slow starts and crappy pitching are as synonymous with the Texas Rangers as iPods are with music-playing devices. But this year not only did the Rangers come out of the gate fast, but thanks to the resurgence of Kevin Millwood and a frisky group of young pitchers, not only has the pitching improved, it’s kept the team in a lot games when their bats were cold. In the past the Rangers have been about offense – offense and more offense – but ironically enough with Josh Hamilton missing a good portion of the season and the offense sputtering, it’s been the pitching staff that has held the team together.

Of course before anyone goes out and starts printing playoff tickets and buying pink Ranger hats for their girlfriends, perhaps we should all just take a moment to look at the team's June schedule because it’s scarier than the thought of having to sit through The Reader again. With six straight road games against the Yankees and Red Sox, followed by a six-game homestand against the Blue Jays, who only trail the Red Sox by 2.5 games, and the Dodgers who currently own the best record in baseball, we’re all about to find out whether the Rangers are going to be contenders or the dead-last Rangers of old.

This year if the Rangers are going to go anywhere besides a local Bennigan’s to drown their sorrows in October, then their offense is going to have to be more consistent. Ian Kinsler and Michael Young are slugging their way to another all-star appearance and Nelson Cruz has been a nice surprise, but they’re going to need a healthy Josh Hamilton and a more consistent Chris Davis to compete with stacked teams like the Yankees and the Red Sox. In addition to a healthy lineup the Rangers are also going to have to learn to be more patient against top-of-the-line pitchers like Justin Verlander and A.J. Burnett, because if not they don't stand an ice cube's chance in hell come fall.

Looking back over the first two months of the season, I think that Rangers fans have to be pleased with a 30-20 record and a 4.5 game lead in the AL West. Sure, going 0-6 against the Detroit Tigers earlier in the season puts a damper on any championship aspirations, but if the Rangers can make it through June and still be on top of the AL West, then even the bitterest of pessimists will have to admit that the team's legit. For now though, let's just enjoy the fact that for the first time in 10 years the Rangers don't suck! 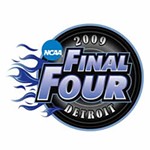