Bloody Mary: 'We are really excited about the new opportunities presented by being a nonprofit.'

Turns out someone has noticed: the IRS, because they just granted the league 501(c)3 nonprofit status.

According to the press release the inter-league outreach, as well as the Rec-n-Rollerderby and Junior Leagues, will become the core business. "Now we can focus on training to be more competitive at a national and global level rather than worrying about bottom-line profits," said Advisory Board member Juliana Gonzales (better known on the track as Bloody Mary).

Full press release after the break.

Austin, Texas, [2009] – Austin Texas Rollergirls, Inc. was recently awarded 501(c)3 status from the IRS, making the league a non-profit organization. The league's primary mission is to foster and promote the sport of women's flat track roller derby through organized competition and community involvement. "We are really excited about the new opportunities presented by being a non-profit," said Juliana Gonzales, aka Bloody Mary, Advisory Board Member, Hell Mary and captain of the Texecutioners. "Now we can focus on training to be more competitive at a national and global level rather than worrying about bottom-line profits."

The league recently expanded its training to include Rec-n-Rollerderby™, a recreational league for women over the age of 18, and the Texas Rollergirls Junior League, for girls ages 8-17. Both leagues offer a fun, safe, and competitive athletic environment to train skaters in flat track roller derby without the commitment or skill level that are required of derby athletes at the national level.

"Flat Track Roller Derby has given us so much – new confidence, improved communications, physical strength and heightened focus. We felt it was important to foster the next generation of Rollergirls. The recreational league and junior league are great ways to remind all of us to have fun while we compete*," said Yellow Die (Timmie Bui), Junior League Director and Honky Tonk Heartbreaker.

The Texas Rollergirls name is respected on a national level within the flat track derby community. Known as the "godmothers of flat track," the league helped form the Women's Flat Track Derby Association (WFTDA), and hosted the first ever flat track national roller derby championship in September 2007 in which eight flat track roller derby leagues competed for national ranking.

Financial contributions and donations of goods and services to the league help the Texas Rollergirls spread the sport of flat track roller derby at home and across the nation. Donations go toward helping teams travel for interstate games, conducting flat track derby bootcamps, maintaining daily operating expenses, and providing insurance to the skaters. 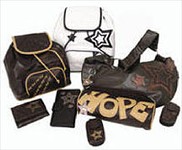 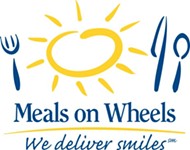 Emergency: Blankets and Heaters Needed
Meals on Wheels reports it has none