Year of Sparkle and Desi Cration

The Texas Rollergirls can't start the 2009 season (coming to a flat track near you on March 1) without really finishing off the 2008 season. That could only mean the annual Whammy Awards, held last night at Mohawk. Because nothing says season's end like cake (Photo by Richard Whittaker)

The awards were a mixture of league votes, fan votes, and special prizes. (As Lucille Brawl, recipient of the Texecutioners' Captain's Choice, put it, "Democracy is great: It got us Obama in the White House. But even better is having friends in high places.") Desi Cration, who scooped up six Whammies, was one of the big winners of the night, as were Rice Rocket (five), Electra Blu (three), RadioActive, Lucille, and rookie of the year, Yellow Dye No. 5 (two a piece).

But the biggest plaudits went to the retiring Sparkle Plenty. She walked away in her final season with a whopping eight awards, including league MVP, fan favorite, Miss Texas Rollergirl, and the all-important best take-down/fight for her memorable "take 'em all on" moment last season with what seemed to be the entirety of the Hotrod Honeys' bench. 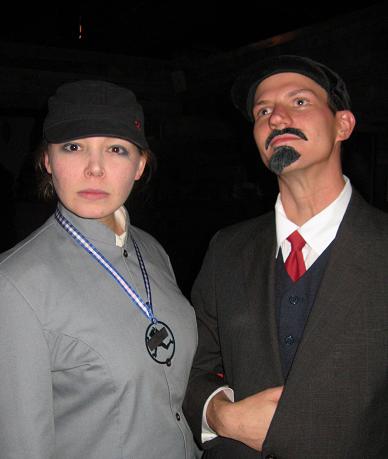 Honky Tonk Heartbreakers' Most Valued Spirit winner Belle Starr and friend win the award for most painful pun (coming as Lenin and Mao to a "then and now" themed party.) (Photo by Richard Whittaker) 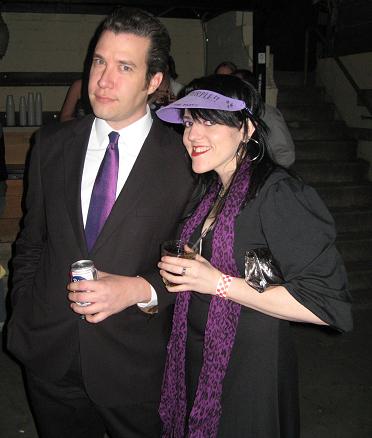 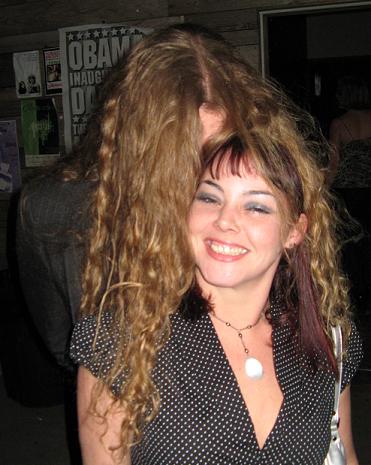 Barbarella and wig (aka DJ Grommit) (Photo by Richard Whittaker)