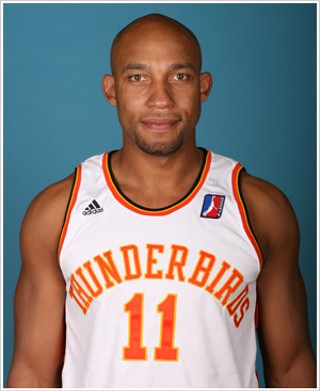 If all goes well today, the Austin Toros will be completing a trade that will send longtime Toros Center Anthony Fuqua to the Albuquerque Thunderbirds for former Texas Tech Raider, NBA player, and Dallas Mavericks color commentator Darvin Ham.

Ham, 6 feet 7 inches, 230 pounds, is 34 years old, and yet still outworked most of the Toros young front-court players in the Toros loss last Wednesday night. Ham has played for six NBA teams in his career, including the Detroit Pistons, with whom he won a championship in 2004. Ham served as a studio analyst for the Mavs playoff run in 2006 for Fox Sports Southwest, and made it deep into the Mavs' cuts in training camp. Ham is averaging 10 points, six rebounds, and two assists per game, and could provide valuable size and most importantly, veteran leadership for the Toros as they head to the playoffs.

The Toros hope to clinch the playoffs with a win Sunday as they open up a two-game road set with division rival Colorado.