The second day of the Texas Relays was the Diana Pickler show. The Washington State senior and Texas native – who won the Relays heptathlon title in 2005, only to lose it to her teammate/sister Julie last year – continued her momentum from yesterday and finished the seven-event contest with 6,205 points, well ahead of UT-San Antonio's Ryanne Dupree (5,818) and Julie (5,734). Diana Pickler's mark not only easily tops the automatic qualifying mark for the NCAA championships (5,500) but meets the qualifying standard for the 2008 Beijing Olympics. That means that if she finishes in the top three at next year's Olympic trials in Eugene, Ore., she can punch her ticket as a member of the U.S. team. Her total makes her the fourth-best heptathlete in NCAA history.

In other action, UTSA's Brandon Buteaux won a tight decathlon contest with 7,342 points, narrowly ahead of Iowa State's Neil Hines (7,314) and Texas sophomore Andrew Webb (7,226). The Longhorns won the women's 3,200-meter relay in eight minutes and 36.49 seconds, five seconds ahead of Baylor; USC won the men's version in 7:18.43, a second and a half ahead of Oral Roberts University.

A solid women's hammer-throw field was topped by Georgia senior Jenny Dahlgren with a throw of 214 feet. An exciting men's hammer saw North Carolina's Nick Owens hold the lead for the first four rounds with a throw of 222 feet, five inches, until Kansas' Egor Agafonov snatched the win away at 223-4.

Want to see video of Pickler's victory and other Texas Relays action? Go to flotrack.com. 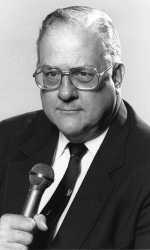