With the rise of Kevin Durant to the highest heights of college-sports celebrity, the triumphant return of T.J. Ford to the Atlantic Division-leading Toronto Raptors, and the solid rookie play of Portland Trailblazer LaMarcus Aldridge, one could be forgiven for believing that all stars in the UT basketball galaxy were on the ascendant. Unfortunately, things don’t always go our way, even in springtime.

This past Saturday, the Raptors announced they were releasing rookie forward and former Longhorn great P.J. Tucker. Tucker was selected by the Raptors in the second round (35th overall) of the 2006 NBA Draft, after which time he ping-ponged back and forth between the Raptors and their D-League affiliate, the Colorado 14ers. He was first assigned to Colorado on Jan. 5, where he stayed for a month before being recalled by the Raptors on Feb. 5. He was then reassigned by Toronto to the 14ers on March 5, where he’s been ever since. Longhorn fans should take heart, however; indefinite relegation to the D-League doesn’t mean that Tucker’s career in the NBA is over. Quite the opposite, in fact. As the D-League motto goes, “The NBA Dream Starts Here.” That goes for deferred dreams, as well.

Besides, April 5 is just around the corner.

While in Canada, the 6-foot-5-inch, 225-pound Tucker saw action in 17 games, averaging a modest 1.8 points and 1.4 rebounds. With the 14ers, however, Tucker has found some success, averaging 10.7 points and 3.4 rebounds in 19 games. The 49ers are currently ranked second in the Western Division, two-and-a-half games behind the Idaho Stampede. All in all, things could be worse for Tucker; he could have ended up with the Arkansas RimRockers, for example, the team with the worst record (and the worst name) in the D-League. Or even worse: He could have been born a sportswriter with a spotty jump shot and questionable athletic ability. He could be 31 instead of 21.

During his three-year career as a Longhorn, Tucker averaged 13 points, eight rebounds, and two assists a game. He was named the Consensus Big 12 Player of the Year for the 2005-06 season.

Still to come: Stayed tuned for all the latest Austin Toros news, which I’ll be bringing you this weekend, following their Friday night game against the Albuquerque T-Birds, a team famous for playing basketball in tight jeans and leather jackets. (This game, I just found out, will feature a visit from legendary comic-book hero and apparent basketball fan Spider-Man, who will, I assume, be signing autographs, climbing the walls, and generally scaring the piss out of little children who were expecting a basketball game but will be spending the evening with a strange man in a body suit instead. Thank you, masked man!)

My apologies for being negligent with my Toros reporting, by the way; South by Southwest had me decidedly distracted.

Besides, I’m not getting paid for this sports blog, and sometimes a guy has to think about the food he’s not eating. So get off my back. 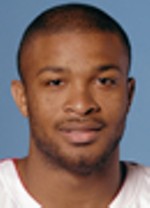